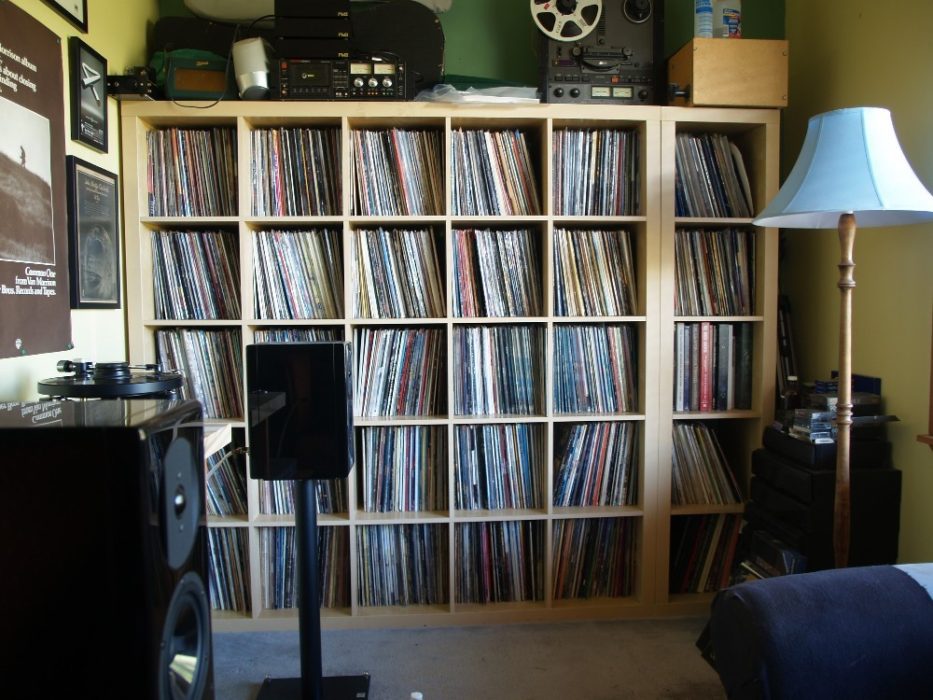 The recent resurgence in sales of vinyl is actually nothing more than a cynical clandestine ploy orchestrated by flat pack furniture giant IKEA to sell storage units, it has been revealed.

In the last two to three years sales of vinyl have peaked after being lauded as a niche format by moustachioed men in check shirts hunching over a set of Technics, causing many to require adequate storage space to house their vinyl collections.

However, some disgruntled former heads of marketing at the Swedish furniture firm have claimed that this renewed interest in vinyl appreciation is a clever marketing campaign by IKEA to sell furniture.

“All of the recent interest in vinyl by hipters the world over can be tracked back to agent provocateurs hired by IKEA to restore interest in vinyl and, importantly, units to store vinyl,” claimed one whistleblower who pointed to the iconic Expedit series of shelving units as well as the current Kallax series as huge sellers to vinyl collectors.

“IKEA typically will plant stories in hipster almanacs like Pitchfork and Vice in which the author will espouse at length about how vinyl sounds infinitely better than CDs or MP3s and how owning vinyl makes you into some kind of advanced cultural aesthete who can differentiate between slightly different sounding formats,” continued the whistle blower who chose to remain anonymous to avoid retribution from IKEA death squads.

“It’s like wine appreciation for people into music,” he added. “It became just another way to show how cultured and in the loop you are while IKEA pulled the strings on the whole thing to sell glorified cupboards that don’t even have doors.”

“This goes right to the top,” he continued, chainsmoking cigarettes clutched in a shaky hand, “they’re like the Mossad of mass produced flat pack furniture with hundreds of taste makers on their books who all act as promotional agents for vinyl and vinyl storage.”

Accounting inquiries reveal that substantial donations have been made by IKEA to vinyl only stages at festivals, vinyl record stores and vinyl only DJs like Ricardo Villalobos and Sven Vath.

“Sven Vath is a top agent in IKEA, we’re not sure if he even knows that he’s been recruited,” added the source. “That’s how they operate, a lot of their operatives won’t even know they’re doing IKEA’s dirty work by posting pics of their collections to their social media channels or talking about the difficulties of storing vinyl in interviews with the press.”

IKEA have responded by claiming that the allegations are nothing more than a smear campaign devised by the people who manufacture CD sleeves and car CD players to discredit vinyl.