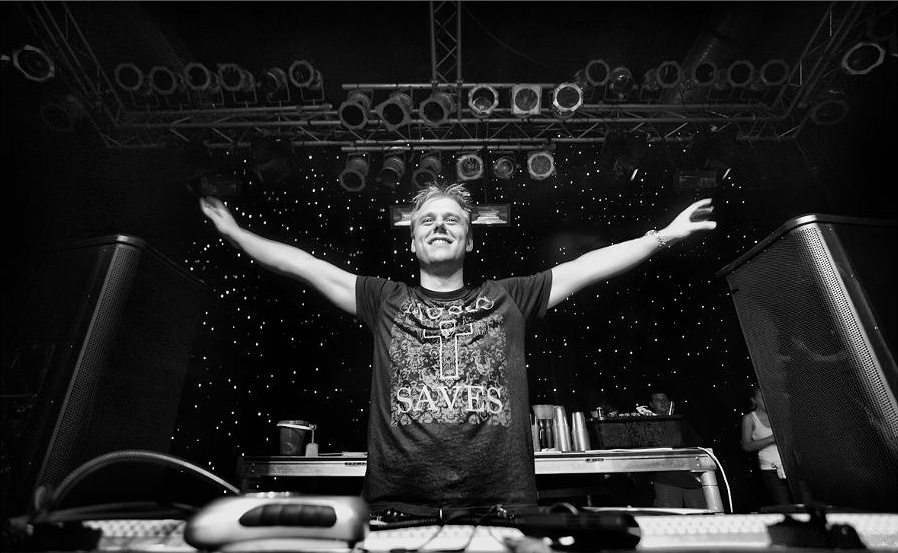 Trance superstar Armin Van Buuren is constantly adopting a Jesus pose not through any sense of ego but because his arms are actually stuck like that, doctors have claimed.

Spending the vast majority of his career standing behind decks with his arms in a crucifix has caused Van Buuren’s arms to become locked into that position thanks to a condition known as “Lookatmeitis”.

“For years Armin has been rocking the Jesus pose without a care for the physical, and sacriligious, strain that it places on the body and soul,” claimed a source. “He always thought it just looked cool and was a good pose for photographers to use in every item of press ever written about him ever.”

Sources close to Armin claim he first saw the pose on a statue of Christ when he attended first confession as a child, in which he divulged to the priest impure thoughts he had about Dutch footballer Ruud Gullit’s fabulous hair, but only ever saw the pose enacted by a human when footballing dynamo Eric Cantona performed it after scoring a godly chip against Sunderland in 1996.

Paramedics were called to Armin’s LA mansion this morning after he became wedged in the shower because he couldn’t bend his arms to get out there door, “in the end we had to break his arms to move him and so now he’s in hospital where doctors are hoping to fit metallic hinges at the elbow which will allow him to bend his arms for the first time in fifteen years”.

Some of the simple daily chores that Armin’s condition has made it impossible for him to carry out include wiping his bum, pissing into the toilet, feeding himself and wanking – which has caused the DJ to recruit a team of dedicated assistants.

“That’s why he charges so much for his gigs, he has to pay a team of slaves to wipe his arse for him and feed him,” claimed a source. “He even has to bring his ghost writer everywhere with him so that he can hide under the mixing desk and actually do the mix while Armin stands there, looking like a nazi-Christ and smiling through tears.”