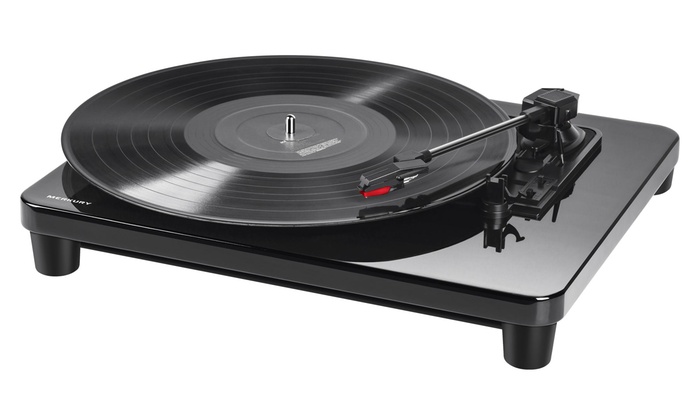 The leaking of a potential new vinyl turntable from CDJ manufacturers Pioneer has been greeted with confusion by a young digital DJ who says he “spent all day looking at the photos”  but wasn’t able to figure out “where you put in the CD.”

“I’ve never seen anything like it before,” said DJ Damon Brown. “It’s basically this black flat box with like a disk shape on top. I noticed these big black looking round things like CDs except bigger and less shiny looking. I frankly don’t know what they are. Maybe some kind of frisbee to throw into the audience? That’s my best guess anyway.”

Damon said he mostly mixes with a combination of CDJs and a laptop and that he doesn’t see any need to complicate things with a new piece of equipment.

“I don’t know what the hell Pioneer are doing,” he continued. “I don’t see it catching on myself. Where does the CD go? Does it take USB? What are those big black disc things? How do you burn MP3s onto them?”

“It’s just weird,” he concluded, “it had this kind of arm thing and only one fader and a big button in the corner which I’m assuming is ‘play’ or ‘sync’, which seemed a bit basic and easy. This is just another example of manufacturers trying to dumb down the mixing experience with flashy pieces of tech that take all the work and fun out of it.”

Pioneer have so far declined to comment on whether the new turntable is going into production soon or merely a prototype to gauge consumer interest but according to Damon “they’re wasting their time and should just stop trying these flashy gimmicks for press play DJs”.