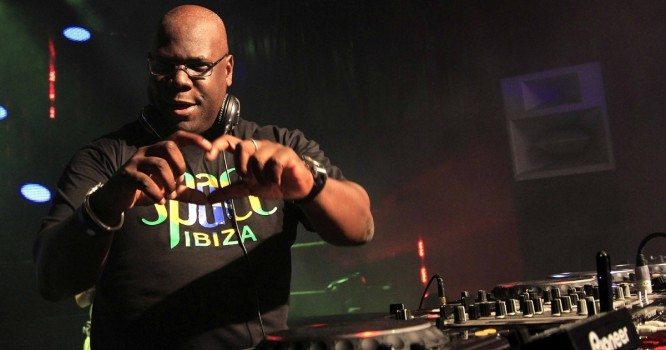 The latest statistics from the internet suggest the entire world was tuned into Be-At.tv last night to watch the final installment of Carl Cox’s Music is Revolution night in Space Ibiza.

According to Google, almost seven billion unique viewers watched the live stream over the course of the DJ’s mammoth final set.

“Pretty much every record that’s ever been set in the world of online viewing was broken last night,” claimed Google’s chief statistician David Steinberger. “On Facebook alone the stream received over a billion shares. We’ve never seen anything quite like it before.”

“We’ve had some really intense activity from places we weren’t even aware had internet access,” continued Mr Steinberger. “Like North Korea. It seems that every single house in the country was tuned into the stream, although, according to our analysts it appears that Kim Jong-un hired a team of hackers to superimpose his head onto Carl Cox’s body for the entire set so it looked like it was actually him who was playing.”

Ninety one year old Vanessa Smith claimed she didn’t even know who Carl Cox was before last night but still ended up watching at least an hour of the stream.

“My grandson asked me if I’d like to watch a bit of Carl Cox with him last night,” revealed Vanessa. “My hearing’s not great and I thought he said Carl’s cock so I agreed, you’ll take whatever cock you can get when you’re my age. Naturally I was a bit disappointed there were no actual cocks in the film but it still seemed like fun, I’d happily watch it again.”

Wunderground contacted Be-At.tv but appears the entire company are out celebrating after their busiest ever broadcast, they should be back sometime next week.