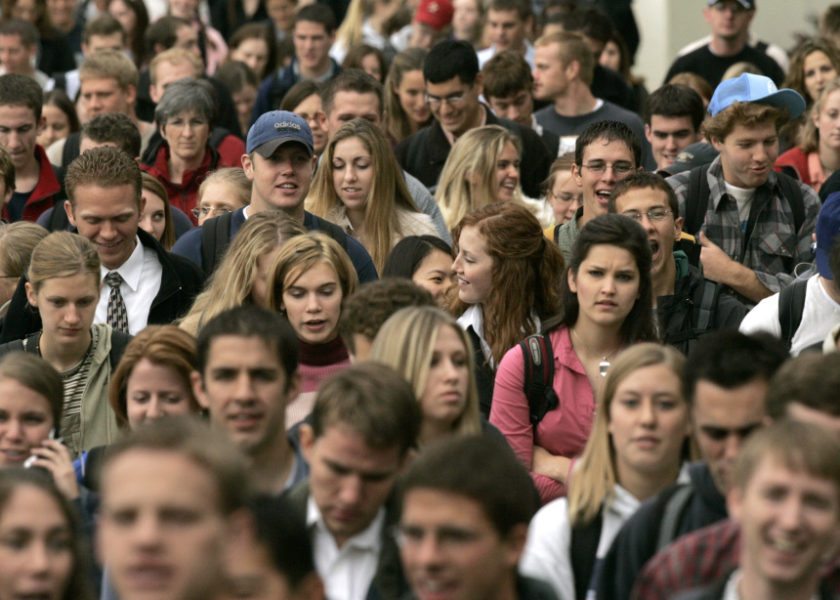 At a recent seminar on the future of dance music at Amsterdam Dance Event, manufacturer Native Instruments made the prediction that by 2018 everyone on the planet will be a DJ.

The prediction has been made on the back of record profits for their range of controllers and Traktor products which they say have been bought by “people with no stake in clubbing culture like children, toothless grannies and Steve Aoki”.

“Already DJing is ubiquitous to the youth experience, everyone between the ages of 15 to 34 either has, or will at some point, try to become a DJ,” explained Native Instruments spokesperson Andrew Gusset. “It’s not inconceivable that, as DJing becomes increasingly accepted by the mainstream and with advances in technology, that in four years everyone alive will be a DJ.”

Citing the digitisation of everyday objects, or the “internet of things”, Andrew claimed that DJing equipment will be integrated into mundane useful objects ensuring that no matter what people are doing they’ll be able to DJ “on the toilet, in the bath or when standing around doing nothing, like any of the DJ Mag top 100”.

“We’ve a toaster that doubles up as a MIDI controller, a bike that contains an integrated record player that can be controlled via the handlebars, and a speaker system embedded into the saddle,” offered Andrew. “DJing will be as commonplace as watching TV, or picking your nose. And will require about as much effort.”

A worrying offshoot of everyone becoming a DJ was raised by an attendee at the seminar who speculated that, with everyone thinking they’re a world class DJ because they can press a few buttons to make techno come out of their fridge, levels of DJ-esque arrogance and self importance will increase dramatically.

“In much the same way that everyone on social media thinks they’re a comedian, a philosopher or professional photographer, pretty soon they’ll also think they’re DJs,” he continued. “Not that they actually will be, but the software will be so widespread and their levels of egotistical self regard will be so high that they’ll see no problem casually comparing themselves to stalwarts like Carl Cox or Seth Troxler.”

Andrew claims that we’ve already seen the beginnings of this eventuality as “cretins with the slightest bit of profile are learning the bare basics of mixing, calling themselves DJs and making millions” and that this phenomenon is set to continue in what has already been described as “Paris Hilton syndrome”.