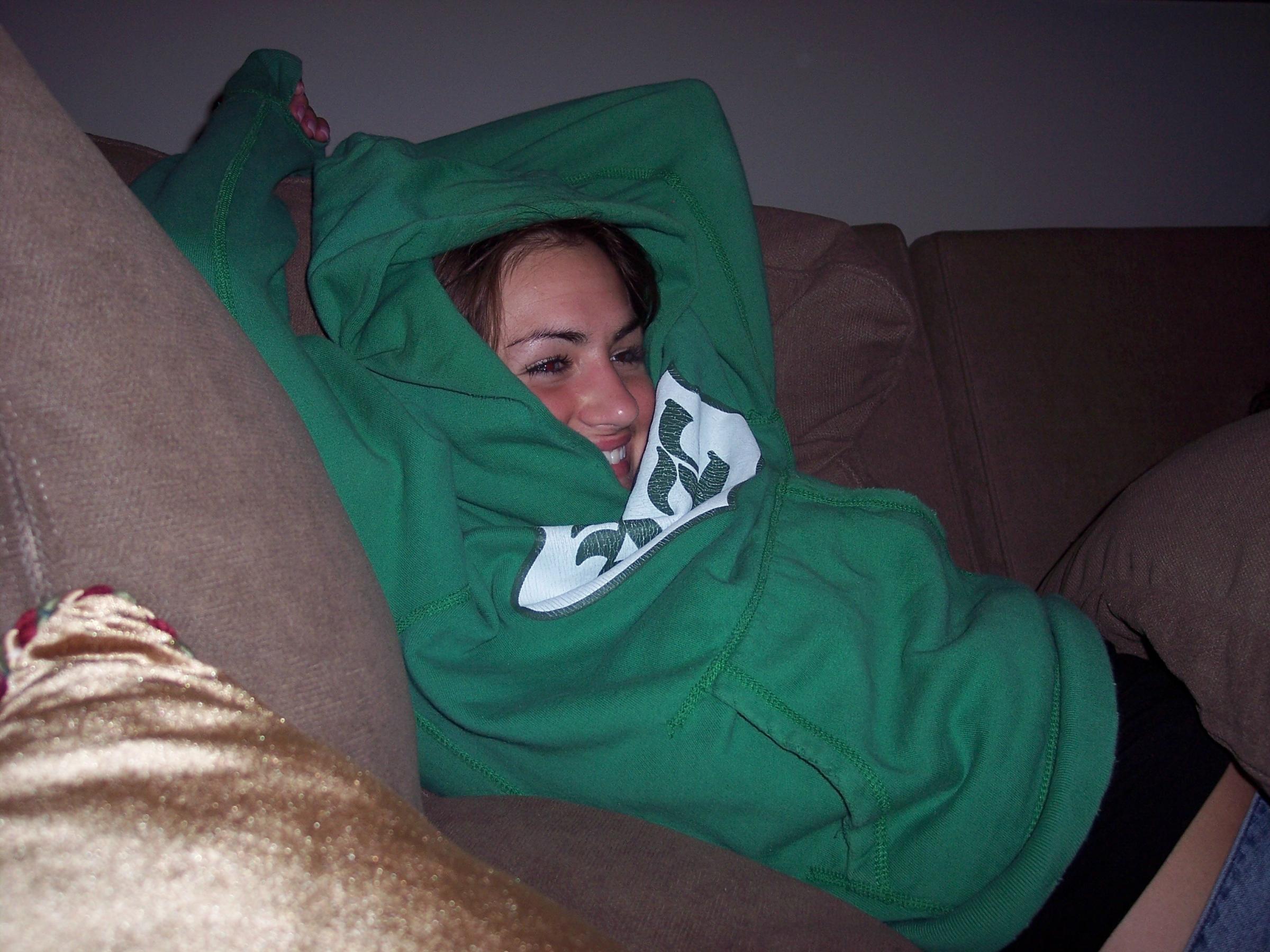 An English girl has revealed that she now has over two hundred hoodies in her stolen hoodie collection.

Louise Thompson, a twenty eight year old MUA from Burnley, admitted that she had been stealing hoodies for over ten years and believes she may have one of, if not the, largest stolen hoodie collections in the world.

“It all started during the summer holidays of 2007,” she told us. “I had been out drinking with my friends and the sun went down and I got a little bit cold so I asked one of the boys for a lend of his hoodie. I think he thought I’d let him kiss me if he gave it to me but he was a total minger so it was never gonna happen. In the end, I genuinely just forgot to give it back to him. Now, it’s proudly hanging, framed, on my bedroom wall.”

“After that, the hoodies just seemed to keep ending up in my house after a night out,” continued Loiuse who considers herself more of a collector than a criminal. “Sometimes, I wouldn’t even remember taking them, yet I’d wake up with one or even two new hoodies on the floor. It was like they gravitated toward me.”

“Then, it became a challenge to see just how many hoodies I could  accumulate,” she explained. “The buzz I’d get from adding another hoodie to my collection was far better than the buzzI’d get while I was out partying so after a while I stopped drinking on nights out and just concentrated on getting hoodies, that’s when I became a true collector.”

“The rest, as they say, is history,” she said proudly. “Sure, there have been times when I’ve felt a little bit guilty about taking so many hoodies over the years but then I’ll try one on and how much better it looks on me than it did on owner and all of the guilt goes away.”

“Now, I’m going to take a little bit of time off to enjoy my hoodies while I plan out what the future holds for my collection.”

Reports suggest that Thompson’s house was raided shortly after going to press, with the Lancashire Constabulary claiming they had brought down one of the areas most notorious thieves.