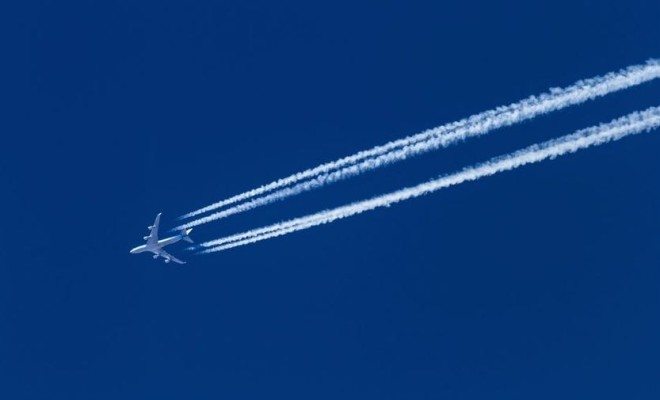 According to Wunderground sources, God has been hospitalised after accidentally snorting chemtrails at the tail end of a “holy water binge”.

It is believed that God had been drinking holy water for three days with Jesus and the Holy Spirit when the incident happened.

Wunderground spoke to St Peter, Heaven’s head bouncer, earlier today, “Things never turn out good when God goes on the holy water,” confirmed the saint. “It’s actually not holy at all, it’s more like industrial alcohol and it tastes like poison. Usually it ends up with an earthquake, a hurricane or some sort of natural disaster, thankfully this time no innocent people were hurt. Maybe a stint in hospital is just what the big fella needs to straighten him out.”

“He’s a mess, he only invented the whole father, son and Holy Spirit thing so he wouldn’t have to admit he’s drinking alone,” continued St Peter, who has earmarked Berghain doorman Sven Marquardt to one day take over the Pearly Gates. “Normally I’d kick someone out for being that hammered but I can’t with God, he owns the place.”

“He got so drunk that he thought he’d be able to sniff a whole chemtrail, it’s kind of the equivalent of mortals sniffing chilli powder at a party to prove their manliness,” explained St Peter, best known for pretending he didn’t know Jesus three times at a houseparty in Jerusalem. “It totally fucked him up, chemtrails have a very similar effect to ketamine and the chemtrail God sniffed was about eighteen kilometers long.”

“He was in a proper chem hole, after about an hour it was clear he wasn’t going to snap out of it so we called an ambulance,” continued the saint. “He’s still in hospital now, although this is heaven and hospitals here involve a lot more blow jobs and milkshakes than they do on Earth, he’ll probably stay there for at least three weeks.”

According to heavenly doctors, God is likely to make a full recovery and is currently being treated with Dioralyte, McDonald’s double cheeseburgers and videos of puppies.