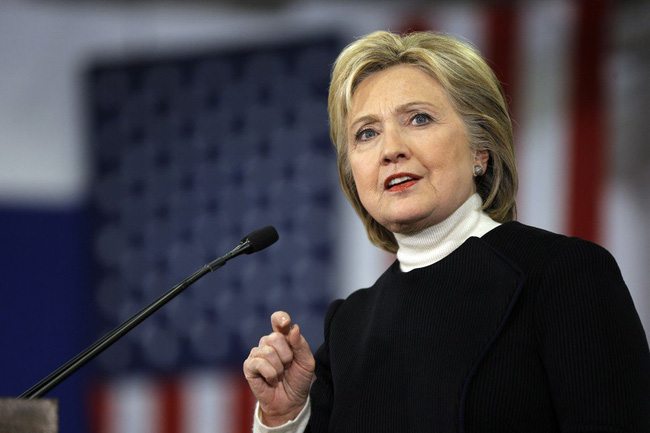 Hillary Clinton’s popularity has soared massively this week after the politician called American DJ and producer Diplo a “cunt”.

Clinton made the well received insult, which was heard by millions of people after she failed to realise that the mic she was wearing was turned on, while appearing on a live television broadcast last weekend.

Washington sources are claiming that Clinton’s foul mouthed attack on Diplo, real name Thomas Wesley Pentz, may even be enough to make the public change their political stance with a number of staunch Republicans now supporting the Democrat.

“Well I don’t usually like cussing,” claimed fifty six year old Republican Party member Maude Smith. “Especially not the “c” word. Normally when I hear that kind of language on the TV I’d change the channel straight away, or even shoot at it with one of my guns, but, when you think about it, that Diplo guy is a bit of a cunt so I’m glad Hillary came out and said it, she’s probably going to get my vote after that.”

According to Network bosses, Clinton’s outburst has so far received no complaints, indicating that the majority of the public share her opinion.

“Normally, if we broadcast a swear word before the watershed our PR office would be working overtime to deal with all the complaints we’d get,” explained station CEO Ryan Bale. “The last time we featured the word ‘cunt’ we had over four hundred thousand people contact us about it, this time we had none. Infact, we’ve actually had people contacting us to congratulate us about it and to see if we’ll be showing it again.”

Clinton’s main political rival, Donald Trump, has so far refused to comment on the incident, although it is unlikely that he agrees with Hillary’s opinion of Diplo, who is viewed as “too rich and white” to fall afoul of Trump.