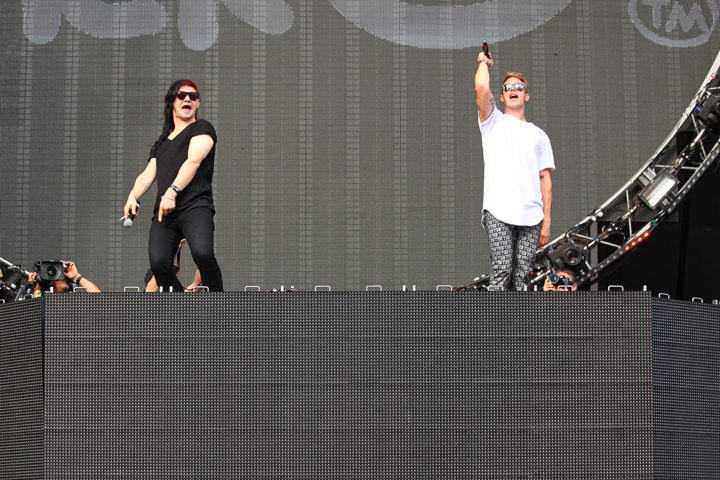 Swedish furniture giant IKEA have pounced on a gap in the EDM market and are planning to roll out a new DJing table specifically designed for the constant barrage of EDM DJs leaving a loop on mid-set so they can stand on the desk and talk into the mic while dancing.

“Sometimes EDM DJs fail to get the crowd going with the music they play and so have to resort to some other tactic to win them over and let them know that they’re having a good time,” explained an IKEA source behind the table. “Some might take to the mic, do heart hands, fist pump or pose like Christ on the cross – but one surefire way to let the audience think that they’re at a legitimate event is to stand on the table and dance about for a minute like you’re a rock star.”

“Some DJs in the underground prefer the tactic of actually playing good music to get a crowd going but most commercial DJs prefer to stand on the desk and let their celebrity encourage the fickle crowd,” he continued. “It’s just easier to show a famous face than skill.”

“Unfortunately some of the tables aren’t designed to take the weight of a 12 stone habitual drug user who plays other people’s music for too much money, so it needs to be re-enforced with tensile steel legs beneath a synthetic basalt top that won’t scratch, even when you chop lines out on it or stain it with expensive vodka and prostitute goo,” he added. “Even DJ Carnage could use this table with fear of it collapsing under his weight.”

One DJ who is looking forward to using the new table is Diplo, who says that he experienced a few near misses touring with Skrillex when both of them would need to stand on the table at the same time.

“I sometimes feel like I’m a sort of musical deity when I play other people’s records on a piece of machinery a child could master,” explained Diplo while drinking unnecessarily expensive water and tweeting misogynistic comments at women. “And sometimes, when I feel like that, I like to let the crowd drown me in adulation, so I take to the desk.”

“One thing I don’t want to happen is for that desk to collapse while I’m showboating selfishly, so I’m glad IKEA have come out this desk cause it’s really been one of the things the scene has needed along with a fascination for useless bling, drops and me.”

“I might just stand on the desk for the entirety of my set,” continued Diplo, “it’s obviously the best part, the crowd get to see me and that really is what most of them are there for. They just collect DJ appearances to improve their own status, none of them really care bout music.”

The desk can reportedly hold four to five egocentric EDM DJs at a time and comes complete with a slide out cocaine mirror, a drink holder and a laser pointer which highlights the space behind the desk where a Rukes photographer should stand to get a photo of the DJ looking all messianic.