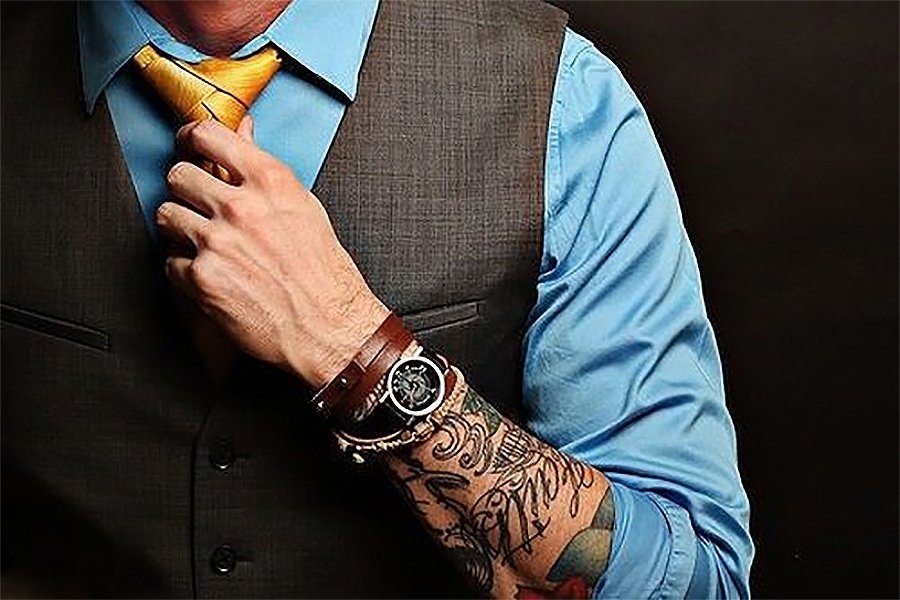 Ibiza Drinks Prices To Be Floated On Stock Exchange

A lad who rolled up his shirt sleeve revealing his latest tattoo is believed to have been “fucking desperate” for somebody to start a conversation with him about his “ink”, as he knows very little about anything else and could risk being found out as a “boring cunt”.

Twenty three year old aspiring DJ, Sam Cornelius, is said to have been wandering around his local nightclub with his arm “prominently displayed”, leaving anybody unlucky enough to make eye contact no choice but to mention his “latest work”.

“His arm looked deformed,” revealed nineteen year old Amy Davis, who happened to get stuck in a three hour chat with Sam. “It was totally rigid and slightly twisted to the left, basically ensuring the Holy Mary portrait was right in my face when he came up to me. I don’t know a thing about tattoos and have very little interest in them, so simply referred to it as ‘nice’ and asked if it hurt. It was the biggest mistake of my life. I now know how long it took, how much he paid, where he went for it and why his tattooist is so good. Apparently he only trusts this guy seven hours away because nobody local is worth going to.”

“His two passions in life are music and tattoos and he doesn’t like people who are ‘anti tats’, as apparently they need to ‘educate themselves’,” continued Amy, “His idol is some guy called Jonny White and his ambition is to have as much ink as Jonny by the time they play back to back, whatever the fuck that means. I assume it’s some gay sex thing but I’m not sure. I made my excuses and eventually got away. I don’t think he even noticed I was gone as all he was doing was looking about for other people with tattoos to talk about tattoos with.”

Wunderground managed to have a chat with Sam before he left the club, “It’s shit round here,” he told us. “Nobody has anything interesting to say. They’re all extremely one dimensional, self involved and boring. I need to go to places where people have more about them. I’m going to Camden next weekend. It’s cool there. The people are far more interesting.”