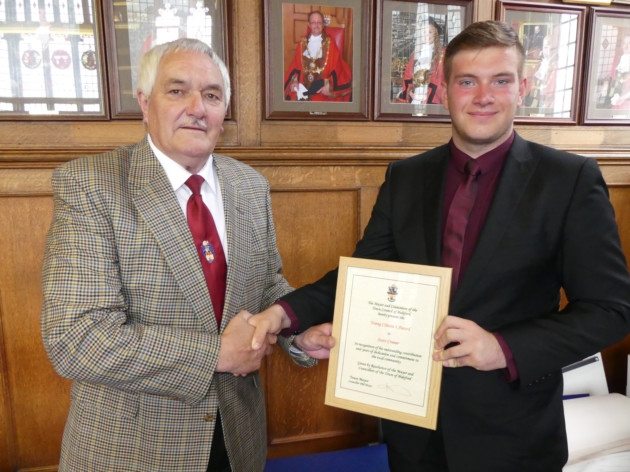 Vegan Refuses To Take Pill With Dove Logo On It

A man who commented “Darude – Sandstorm” on one of his friend’s Facebook statuses has been awarded with a prestigious comedy writing award.

Pete Hoffmann was presented the Thurber Prize for American Humor during a small ceremony in his mother’s basement earlier today.

“It’s a huge honour for me to be awarded with this great prize and to follow in the footsteps of some true comedy greats,” claimed an emotional Hoffmann during his acceptance speech. “I’d like to thank my family, all of my Facebook friends and, most importantly, Darude for producing such an inspirational piece of music and making this whole thing possible.”

Wunderground managed to grab a few words with the much sought after comedy writer after the ceremony.

“I’m very proud to be holding this bad boy in my hands right now,” said Hoffmann with a beaming smile. “I never thought something like this would be possible for a guy like me but if you believe in your dreams and copy what other people do anything is possible.”

“I guess I got the inspiration to write ‘Darude – Sandstorm’ after my friend Nikki put up a video from Ultra and asked if anybody could name the track that was playing,” continued the award winner. “I remembered how I had seen hundreds of other people writing it in comments sections and how it was absolutely hilarious every time and I thought to myself ‘I can do that’ and I did.”

“It was nearly like the words wrote themselves,” he added. “As soon as I seen them on the computer screen I knew I’d done something really special.”

According to industry sources, Mr Hoffmann has had a number of lucrative work offers since winning the award, including a “multi million dollar offer” to work as a ghost writer for Steve Aoki, whose music is considered the biggest joke in dance music.