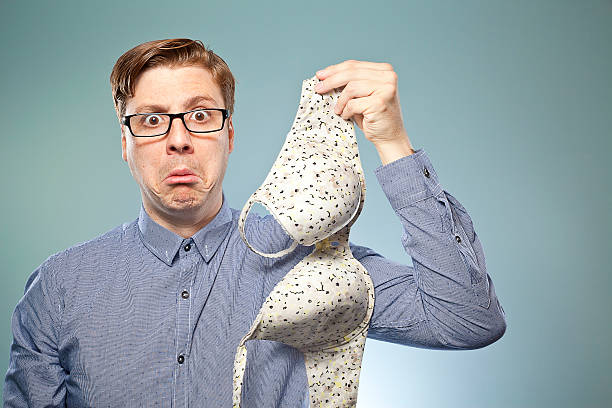 A man with an “unhealthy obsession” with rotary mixers has reportedly been caught putting a bra on his favourite mixer.

Steven Jenkins, a twenty-six-year-old security guard from Port Talbot, Wales, was confronted after passers-by seen the part-time DJ acting suspiciously in a car park near a local nightclub.

One eyewitness claimed he was deeply shocked after disturbing Jenkins and his mixer behind a wheelie bin.

“I was on my way home from the pub when I heard a lot of noise coming from behind the bin,” explained the witness. “Naturally, I thought it was either a cat in distress or someone smoking crystal meth so I went over to investigate. What I wasn’t expecting to find was some weirdo dressing a mixer in sexy lingerie out of an Aldi bag.”

“What a fucking pervert, there are plenty of sheep around here, you really don’t need to lower yourself to that sort of level,” he continued. “Every time I close my eyes I can still see that mixer’s big twisty knobs staring back at me, I haven’t slept properly since.”

According to Mr Jenkins, there is nothing out of the ordinary about his behavior and he was merely getting his mixer ready for a big night out.

“I don’t see the problem with putting a bra on a rotary mixer at all,” he explained earlier today. “I’m proud to say that I’m now officially in a relationship with my mixer and I just wanted her to look nice when she was meeting all of my mates for the first time.”

“The only problem with dating a mixer is nobody can tell whether it’s a boy or a girl mixer, so I just wanted to put something on her so everyone could tell she’s female and to avoid any awkwardness,” continued Jenkins. “I only chose the bra because it fit her so well, it was the sexiest one I could find in my mum’s wardrobe and everything.”

South Wales Police have confirmed that they will not be investigating the incident any further but have asked that any witnesses who caught the incident on camera hand in any photographs or video footage, for their own personal collection.