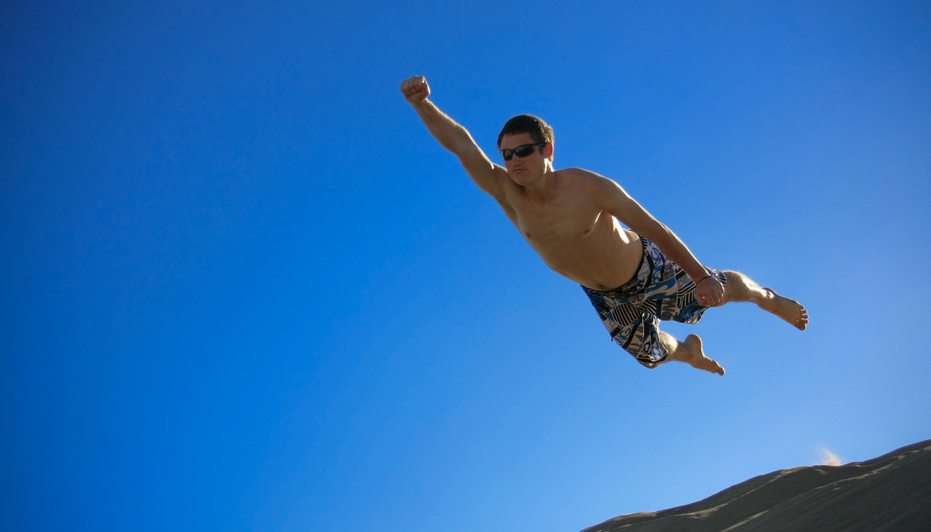 The science community has been left in shock after a Brazilian man reportedly flew while taking mind-bending hallucinogenic drug LSD, commonly called acid.

Ramone Ramirez, a surfer and enthusiastic drug-taker from Santa Catarina, was partying with friends on a picturesque cliff top when he shockingly took flight.

“I was standing on the edge of the cliff, watching the seagulls and just embracing the fuck out of the sheer majesty of nature when I got the overwhelming urge to fly,” explained Ramirez. “My friends were all like ‘no Ramone don’t jump, you’ll kill yourself’ but I was on drugs not fucking stupid so I stepped away from the cliff edge and walked back a safe distance to try and fly from there.”

“I didn’t really think I’d be able to fly but I just thought that even trying it, like pretty much anything you do on acid, would be a really good laugh,” continued the surfer with the gusto of a man who just snorted some readily available cocaine. “I took a little run and jump and shouted ‘look at me I’m Superman’ and too my shock I actually took off.”

“At first I thought I was just tripping balls but after hysterically asking my friends ‘am I really flying?’ for about forty five minutes it finally started to sink in,” recounted Ramirez. “I soared like an eagle man and it was fucking beautiful. I still can’t really explain what happened, I’ve tried to fly again since but now that the drugs have worn off I just can’t seem to lift off.”

“I probably wouldn’t even believe it myself only my friend Anna filmed me on her phone, the acid actually made me fly.”

According to Professor Edward M. Nutty, of Scientists Against Drugs or SAD as they’re more commonly know, the science community is completely baffled, “We really can’t say anything about Mr. Ramirez flying apart from the fact that we’ve stringently tested the footage and it’s definitely legitimate.”

“This totally refutes our argument that people can die when taking acid because they mistakenly think they can fly,” continued the professor who bared a striking resemblance to a fat version of popular 80s movie cop Axel Foley. “We’re just going to have to accept that, on some occasions, acid actually can make you fly and come up with a new scare tactic to misinform people with.”

Unfortunately shortly before going to print Mr. Ramirez was sadly killed in a tragic accident after believing he could stop a speeding train with his bare hands while on Ketamine, he was electrocuted after touching a live train track on his way to carry out the experiment.