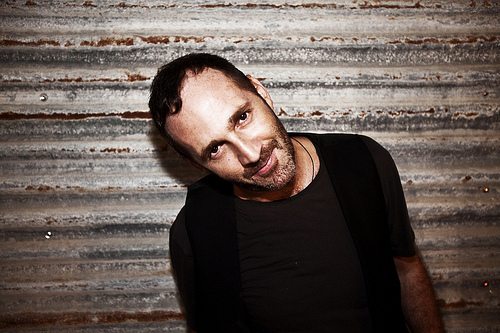 In an exclusive look behind the scenes into the studio of one of dance music’s biggest legends, Wunderground, discovered today that Steve Lawler’s personal recording studio was “almost entirely covered in post-it notes with willies drawn on them”.

The bizarre production technique, which Steve claims is a combination of procrastination, legitimate artistic expression and an uncontrollable penis drawing addiction, was uncovered after the DJ forgot to tidy up before granting access to the studio to an interviewee.

“I’d never seen so many pictures of willies before,” confirmed the source. “They were on post-it notes covering almost every surface, on the walls, on the door, even on the underside of the desk.”

The source confirmed that the penis drawings were “quite detailed and realistic at times but also with a tendency towards the abstract. If Steve wasn’t a DJ he’d definitely have been able to pursue a career where he could draw penises professionally.”

“Steve wasn’t prejudiced in terms of race or size either,” continued the source before claiming that “there were penises drawn in all kinds of colours and ethnicities, including – black, white, Jewish, big, medium, to the left and even micro-penis.”

“Some he had even hilariously super imposed into situations where there shouldn’t be a willy,” laughed the source. “Like across David Cameron’s forehead, or sticking out of a jar of peanut butter and even a series which had penises drawn onto the press shots of fellow DJ’s like Sander Kleinenberg standing behind his decks and even a hilarious one of Paul Oakenfold where he’d replaced Oakey’s famous hairdo with a crop of straggly and limp penises.”

When asked about the bizarre practice, Steve, seen her thinking about drawing a willy, claimed that the technique “calms him down” and helps him to come up with his sexily dark beats, insisting that he’s done it since his early days of DJing to help get “the creative juices flowing” before admitting that it has also become something of an addiction.

“Any time I have a pen near a piece of paper I’m tempted to do it,” explained Steve, scribbling away. “Signing contracts and autographs or even just writing down my phone number is a struggle because the muscle memory of my hand invariably takes over and tries to draw a willy. Sometimes it’s best to just let it happen.”

Calls from fans for Steve to release the willy drawings as part of the liner notes of his next track have so far been unanswered, but some are quietly hopeful that the drawings will one day get a general release in booklet form.