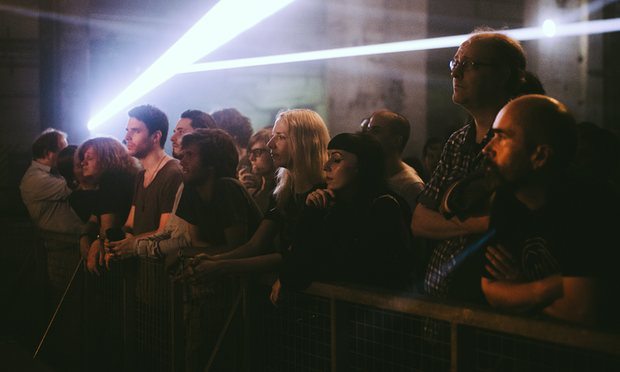 In breaking news from the music industry, techno has today been officially declared “a bit too serious”.

The declaration was made at this week’s annual Intelligent Dance Music Convention, or the IDMC, in Amsterdam, with procedures to help give the genre a more light hearted persona having already been put in place.

“For years now techno has been seen as the most intelligent form of dance music,” explained IDMC spokesperson Dave Clarke. “That was great at first, it felt really nice to be a part of a scene that looked really intelligent but was actually just about going out and getting smashed, a bit like a book club or business meeting in Ibiza.”

“Because of this supposed intelligence, techno became really popular and it was considered cool to be associated with it,” continued Clarke. “All of the cool kids were listening to it, wearing all black, taking ketamine and dancing without smiling and with minimal effort. For a while it was really great, but somewhere along the line the ultra-coolness was replaced with seriousness, to the point where I’m not even sure if people were even enjoying it anymore.”

“It got so bad that people seemed to forget that the whole ethos behind the music was about having fun and enjoying yourself,” continued Clarke, considered by many as the Godfather of Techno. “So, today myself and the Techno High Council decided that we’d have to make some regulations to ensure the genre’s future is a little more lighthearted and help inject some fun back into techno. Remember you can’t say ‘deep funky bass line’ without saying ‘fun’.”

According to the Techno High Council, some of the guidelines that techno DJs and producers will now have to follow include; smiling in press shots, wearing bright colours to at least one in every three shows, playing the Benny Hill theme tune at least once in every techno set, using fart noises instead of snare drum samples and wearing t-shirts with funny slogans, like “Do you like my music? I won’t techno for an answer”, on them.