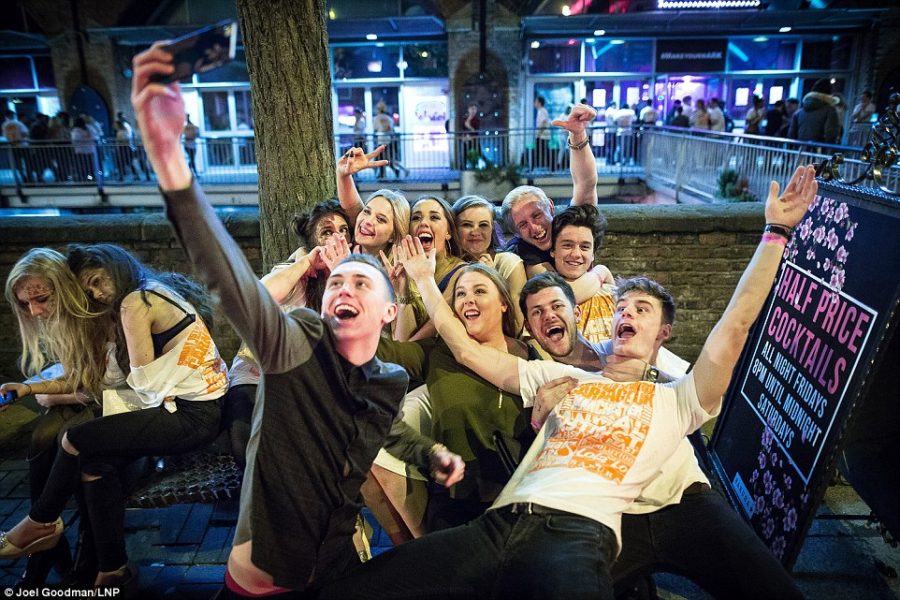 Club drug ecstasy has this year been knocked off its perch as the most popular thing in clubland by the explosion of unashamed vanity.

Being a self-obsessed and preening selfie-technician has placed top in a survey of clubbers’ behaviour – far out in front of former stalwarts like being off your nut on pills, dancing, hugging and waking up the following day with a vague depression.

“From around 1987 to 2012 the most popular component of dance music culture was ecstasy, despite what drug apologists might tell you in the hopes of softening the scene for mainstream consumption,” claimed clubbing expert Billy Bryant. “But over the last few years, with the rise of social media, it’s now more important for young people to be consistently photographed in clubs looking young and happy, rather than actually being young and happy.”

“The more photos of their six packs or duckfaces they take the better they feel about themselves and the further away they feel from the cold inevitability of death and decay,” continued Billy. “In times past the music, drugs and atmosphere were enough for people to experience happiness and escape their mundane lives – but now all that’s needed is for people to be drenched in a combination of biceps, fake tan and their own smug self regard.”

“Essentially everyone thinks they’re a minor celebrity and that their Instagram acts as a copy of Heat magazine dedicated to their colourful nightlife adventures,” he explained. “Even when they’re dancing they do it like someone is watching them on Boiler Room, i.e. self consciously and with little movement.”

Billy expressed concern that nightclubs are no longer important cultural centres for a progressive music scene but merely backdrops where millenials can project faux-happiness via Facebook pictures and recommends the outright ban of camera phones from venues to address the problem.

“I took twenty two photos of myself at a Seth Troxler gig last weekend,” explained one 22-year-old dance music “fan” Baz Marckham. “That’s probably the most I’ve ever done in one night. It’s was the best night of myself, I’ve never felt that good, I looked so ripped and what I was wearing was just so on point! Seth was amazing as well, I even got a photo of him behind the decks. That’s the sign of a good night, I can’t wait to post them on Facebook.”

“Yeah no-one does pills anymore because they make you look like a sweaty John Merrick eating toffee,” continued Baz. “That doesn’t mean we’re not getting high, we totally are, it’s just that now instead of putting drugs into our bodies we treat the onanistic sculpture and display of our bodies as if it was as pleasurable as taking a fat dose of MDMA.”