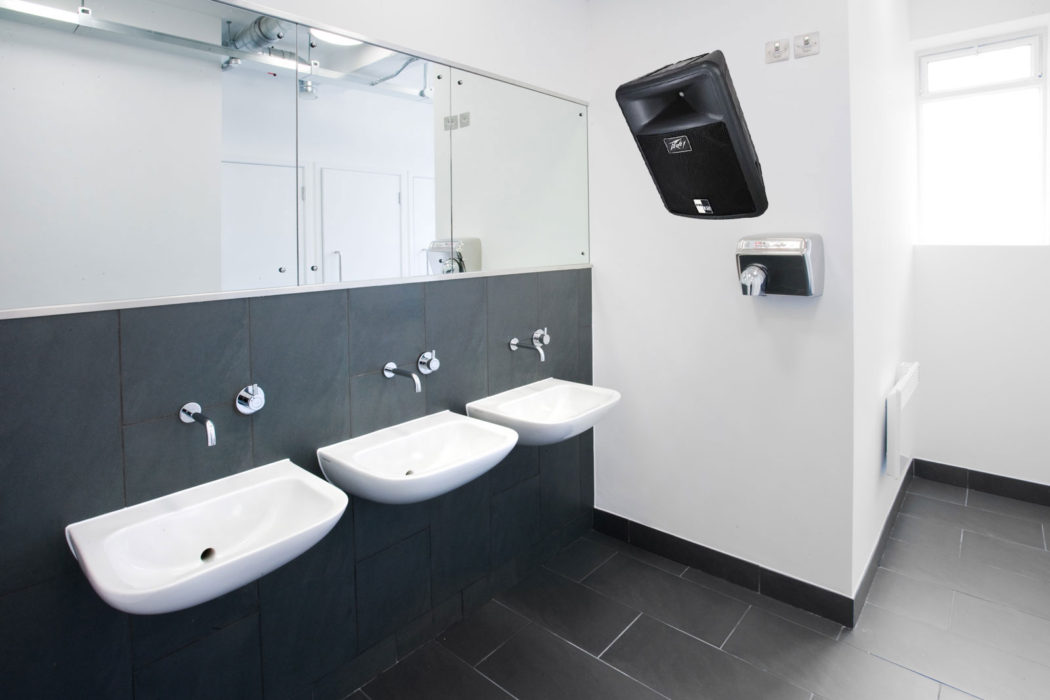 British professional audio system manufacturers, Void Acoustics, have announced that they are to purchase fellow audio equipment manufacturer, Peavey Electronics, in a bid to replace a faulty speaker in their office bathroom.

The speaker in question has become a pivotal part of the Void team as it is used to pipe soothing atmospheric music to the bathroom helping staff to relax during their many lengthly bathroom breaks.

“Productivity here at Void towers has dropped by about fifty percent since the toilet speaker broke,” explained office manager Dan Flitcroft. “I can’t even be mad at my staff, I know, from personal experience, that you work a lot harder if you can listen to a bit of Rick Astley when you’re having a poo. We’ve not been able to do that for weeks now, something needs to be done before the whole company goes tits up.”

“People will probably think we’re mad buying Peavey, what with being a manufacturer of high end audio equipment and all,” continued Flitcroft, “but at the end of the day this is a place of business, if we were to put one of our own speakers in there we’d end up with a constant party in the bathroom and we’d never get anybody to do any work.”

“Peavey just seems more fitting for a bathroom speaker,” he claimed. “I’ve heard all that 80s stuff we play in the bathroom on the Peavey system and it sounds great, not like that modern music, Peavey systems just don’t cut the mustard with that stuff so it’s a perfect fit.”

“We were going to just buy a Peavey speaker but there’s no value in that,” continued the office manager, who quoted David Brent as his biggest influence. “We’ll buy the whole company, take what we want and scrap the rest, a bit like buying a pack of Oreos just for the creamy bit in the middle, only because you’re not eating the biscuit there’s a lot less of a crunchy, crackly noise in a pack of Oreos then there is in a Peavey sound system.”

According to sources from within Peavy electronics, they are very excited about the takeover and are looking forward to being part of a brand they can be proud of.