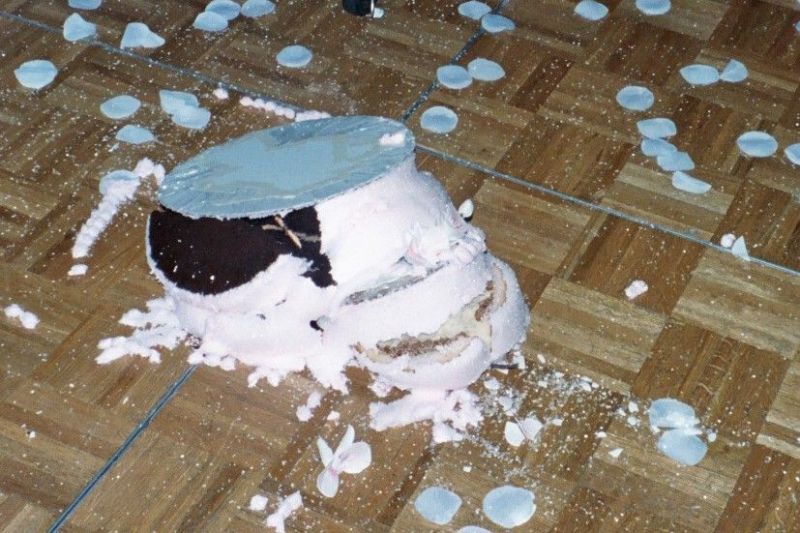 A wedding in Providence, Rhode Island, last weekend has been ruined after the groom accidentally served guests ketamine instead of powdered alcohol.

Groom, Elvis Montello, made the mistake after buying the powdered alcohol as a cheap alternative to champagne.

“This wedding cost me an absolute fortune so I decided I’d try and save a few bucks by buying the powdered stuff instead of champagne, it’s supposed to be almost impossible to tell the difference if you add it to sparkling water,” explained Montello during an interview with Wunderground.

“I’d also bought an extremely large bag of ketamine for myself and a select group of friends, for the after-after party, and somehow managed to mix them both up,” revealed the newlywed who was named after English singer-songwriter Elvis Costello. “I was running around like a headless chicken trying to make sure everything went off to plan and I never even tasted it before sending it out to toast the wedding.”

“It was pretty obvious to me what had happened as soon as I tasted the “champagne”,” he said while making the the inverted commas sign with his hands. “I guess most of the guests just thought I was a cheap bastard and skimped on cost, which was true, and they proceeded to drink their entire glasses.”

“Needless to say I made myself scarce for the next hour. I went up to the bridal suite and snorted all of the powdered alcohol.”

According to service staff, approximately ten minutes after the toast the “guests started to get a bit weird” with a number of people “crawling on the floor” while others “slumped at the table with their faces in their dessert”.

“It was definitely the craziest wedding I’ve ever worked at,” claimed waitress Annie Smith. “All the people just seemed to turn into total zombies, the bride ended up with chocolate mousse all over her dress, one of the groomsmen shat his pants and the cake ended up smeared across the floor, it was a total mess, nearly everyone had left by nine o’clock.”

According to the father of the bride, she has been in her parent’s house since the wedding and has no intention of reconciling with the groom anytime in the near future.

Read: Police Alert Over Super Strong Ketamine Made For Dinosaurs

More: Ketamine Is “Delicious On Toast”