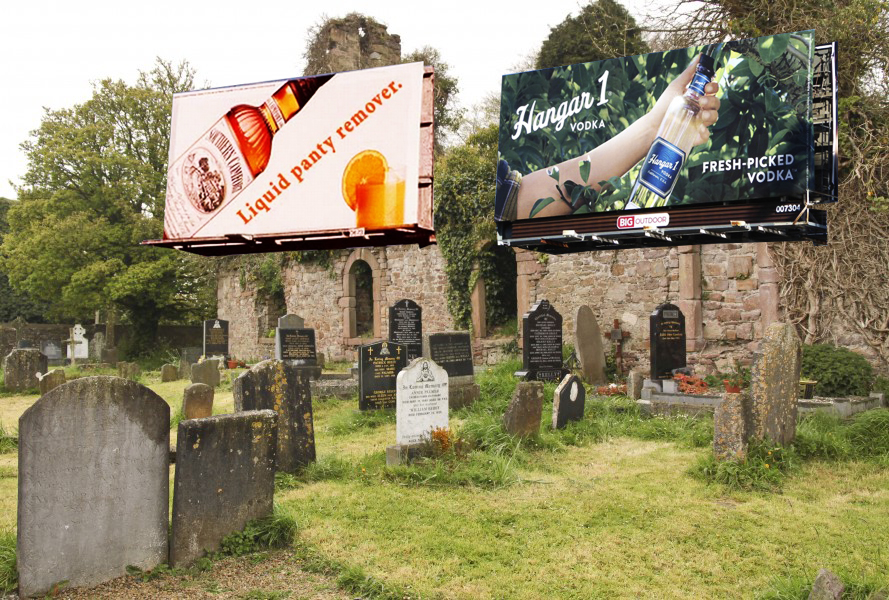 In a bid to sidestep the increasingly strict advertising laws surrounding alcohol, drinks companies have now begun advertising their products to the dead.

Due to a lack of foresight governments worldwide have failed to legislate for alcohol advertising aimed at the deceased, and so multinational drinks corporations are free to do as they please in the sector.

“It’s like the wild west at the minute” claimed one CEO. “The graveyards are swimming in the drink. The craic down there is better than most clubs I’ve been to the last few years. Just because you’re dead doesn’t mean you can’t still enjoy a healthy social life. It’s the ultimate afterparty!”

Media agencies have begun using tactics such as gravestone advertising, email blasts and digging the rotting corpses up out of the ground to sample the goods in person as clever ways to grow the emerging market.

“Their lack of mouths, limbs, consciousness or income means it’s hard for them to get into a pattern of binge drinking and morally they are fair game.”