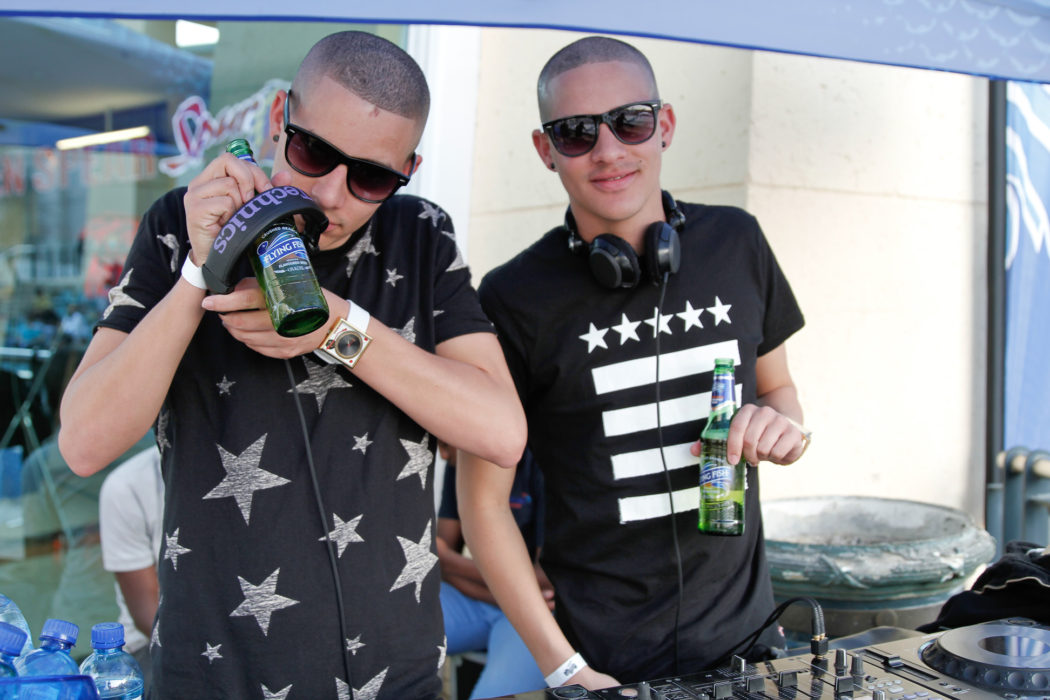 All those overconfident bullying arseholes who you went to school with are working as DJs now, it has emerged.

“Our results show that the sort of show off lads who spent their lessons sniggering down the back and trying to smoke bluetack are 100% more likely to be the type of gobshites who go on to be show offs in another capacity – namely DJing,” claimed a report by career analysis/reunion organising company What You Up To These Days?

“The wankers you went to school with, like the lads who were good at football or who made being thick a badge of honour, are all now shuffling around nightclubs acting like they’ve always been DJs in a bid to be hipsters so that they can score fanny.”

“Their entire lives have been one long excuse to act out and try to get attention from fawning sycophants so DJing is a natural progression for them,” claimed Alan Greenball, study head. “You’d think that, being natural performers, that they might become actors or standups but they lack the requisite talent to be either of those things and maintain that both are a bit too gay for them.”

“Most of them aren’t actually DJs, rather they’re session heads who bought decks last year and play the odd support set while loudly pontificating about the state of the industry or how sick a particular record is,” he added. “They’re about as a much of a DJ as Paris Hilton is, i.e. not much.”

Former school prick, Jake Yourell, maintains that, despite very obviously being mostly into smoking hash, gangster rap and fights throughout his schooldays, he was always into “that deep house” and has “been messing around with decks for years”.

“I was always into DJing, mostly listening to them while I dropped pills and fingered other peoples’ birds,” he explained. “But isn’t that what most DJing is about?”

“It’s more of a lifestyle choice rather than based on any musical talent, being a DJ is just the latest expression of prickdom,” continued Alan, “it’s the newest weapon in the arsehole arsenal, like growing a beard, getting a tattoo or posting on Facebook about the gym.”

According to the study the rest of the pricks you went to school with are bankers, teachers themselves or drug dealers.