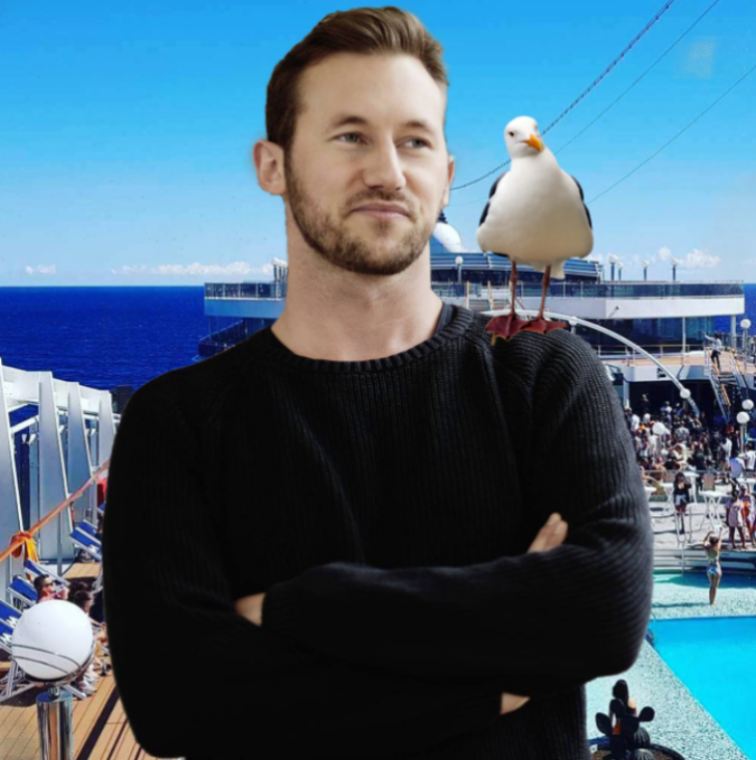 Fuse resident Archie Hamilton had to be restrained aboard the recent MDRNTY cruise after staff spotted the popular Dj shouting at seagulls and threatening ’to destroy them all’. The up—and-coming act, had to be sedated and placed on a 24 hour watch in the luggage hold, is believed to be involved in a long running feud with seagulls worldwide, according to sources close to the Fuse camp. Earlier in the year the rising star was arrested in Ibiza Port as local market staff witnessed him catch a low-flying seagull with his bare hands before pinning it to the ground and punching it repeatedly in the face for over an hour until La Guardia arrived on the scene to detain him.

Rumours of Seagulls spotted with bruised black eyes and broken off wings in the region around Archie’s home have plagued the artist for years. Bar staff on Deck 13 aboard the popular cruise ship party were alerted to Archie’s strange behaviour when we he began ordering free drinks from the bar and carrying them out onto deck before flinging them into the sky at the birds, screaming “die you birdy bastards!”

MDRNTY officials have released a statement claiming Archie is still welcome at all future MDRNTY events, however anybody similar in appearance to a seagull or with seagull-like characteristics are advised to stay away for their own safety.