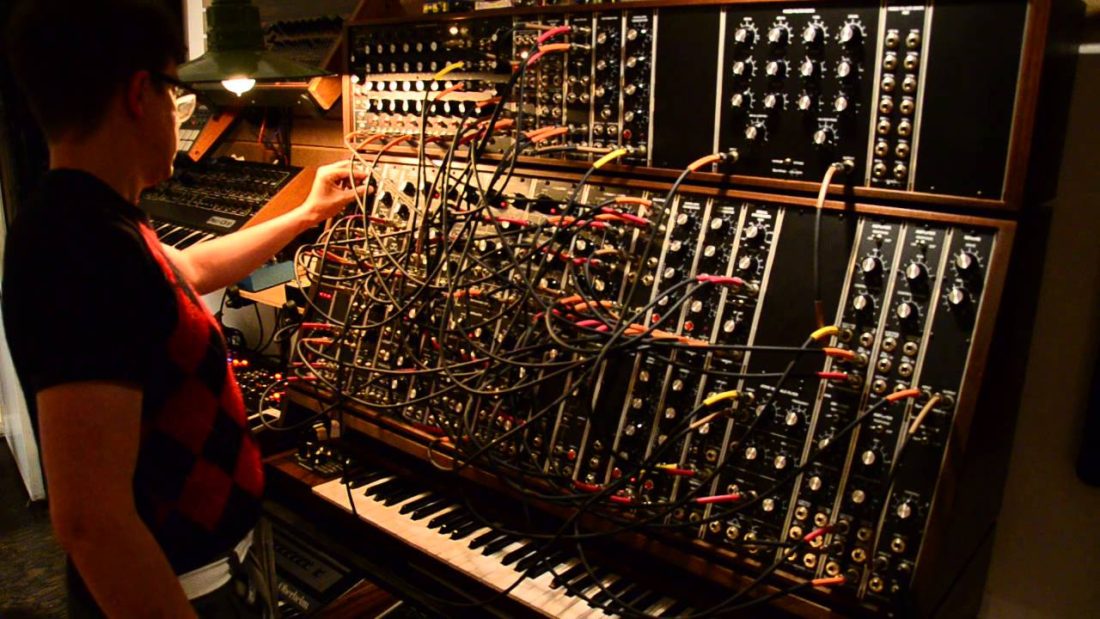 A bedroom producer who recently purchased a rare and complicated modular synth is excited at the prospect of releasing fuck all music in the coming months.

Marc Mooney, aka Moon Mac, bought the modular synth approximately two months ago and has been trying to turn it on ever since.

“I thought I had it on there about three weeks ago but it turned out it was just one of the lad’s phones ringing,” Mooney told us earlier. “I’ll get it going eventually.”

“I did some research before I bought it and, in order to be a little different and stand out from the crowd, I decided to go with the most obscure one I could find.”

“It was made in an underground factory in Soviet Russia, it’s mad to think that if the guy who designed this had been caught with it he’d probably have been shot or locked up or something.”

“Unfortunately, the instructions are in Russian and the factory doesn’t exist anymore so there isn’t even a number to call for technical advice but I’m sure I’ll figure it out soon enough.”

According to friends of Mr. Mooney, the producer bought a “right turkey” when he purchased the piece of equipment from an Amazon user with a rating of “almost 65%”.

“I don’t even think it’s a synth if I’m being honest,” claimed one friend. “It looks like something someone set fire to in a skip outside a building site back in the day.”