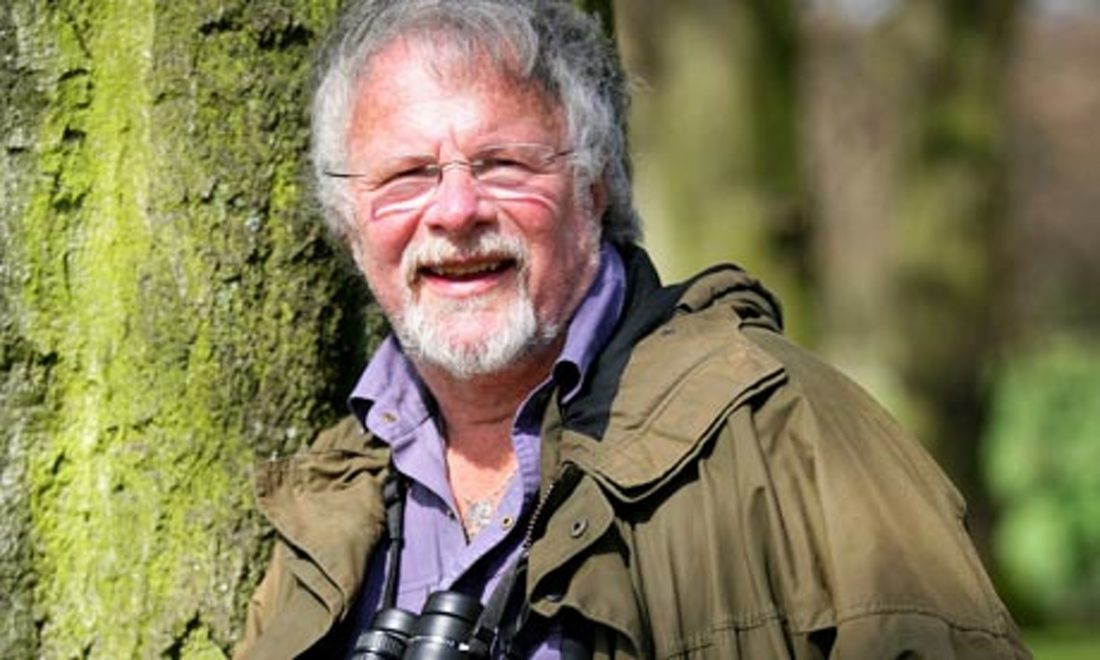 Richie Hawtin Announces Album Of Tracks That Mix Themselves

TV personality, bird watcher and psytrance enthusiast, Bill Oddie, was today arrested at his Berkshire home after police uncovered a massive smuggling ring believed to have been headed by Oddie which used homing pigeons to smuggle large quantities of ecstasy, cocaine and ketamine from Amsterdam.

Oddie, famous for his enthusiastic love of animals, being one of the Goodies and for looking like a rumpled Hobbit, is believed to have set up the drug ring after becoming enamoured with the UK psytrance scene in the last two years.

A brief police statement has so far only claimed that they have arrested a 73-year-old man after they became suspicious that someone may have been bringing drugs into the country “tied to the talons and in the rectum of prize-winning homing pigeons” before using the irresistible pun that the drug ring “was, quite literally, flying under the radar”.

“Following a line of inquiry that homing pigeons were being used to smuggle drugs into the area we canvassed for someone with the means and motive to want to smuggle party drugs and the person we have apprehended was top of that list,” claimed police. “Arriving at that person’s place of residence we seized a large quantity of ketamine, ecstasy and cocaine buried under some hay in a pigeon coop on the property.”

Police officials reportedly apprehended Oddie trying to evade capture by hiding in some undergrowth and using his detailed knowledge of birdsong “to call down an army of taloned cop-peckers” resulting in a police standoff that only saw Oddie surrender after police snipers trained their sights on an extremely rare Aquatic Warbler and threatened to fire.

More details are set to be released by police today but sources claim that it will be revealed that Oddie was caught with 5000 ecstasy tablets, 1 kilo of cocaine and several bags of ketamine, rumoured to be specially reserved for wobble-head David Attenborough.

Sources close to the accused have revealed that Oddie, close personal friend of Alan Partridge and partridges generally, first stepped onto the path of TV personality-drug-arrest-shame after coming across a psytrance rave in the woods near his house while observing the mating patterns of some rare owls.

Friends and defenders of Oddie in the psytrance community, a semi-nomadic group of crusties associated most commonly with fast repetitive dance music, claim that  Oddie did his first pill that very same night after mistakenly thinking he was eating a small berry.

“Once he knew it was a pill he was totally cool and rolled with a punch about the drug experience he was about to have, it’s only after you’ve been a repeat guest on Animal Rescue that you can have that steely resolve in the face of potential danger,” claimed a friend of Oddie’s who elected to remain anonymous. “Being among nature Bill has experimented with all kinds of things, mushrooms, outdoor wanking and licking toads, so when presented with the opportunity to try the illicit substance he leapt at it.

The Oddie supporter claimed that “within about an hour Bill had smeared himself in muck and dry leaves and was lying on his back looking at the lasers through the high powered binoculars he uses for looking at wildlife and passing joggers breasts and arses”.

“After that night, which ended with Bill regaling friends with his impression of a sparrow, he was experimenting more and more with drugs, but when our supply dried up he suggested using the pigeons and that’s how this whole thing began,” concluded the friend who suspects that it is “highly unlikely” that Bill will ever “see the inside of a jail cell because he’s white, old and off the telly”.

More on this case as the details emerge.