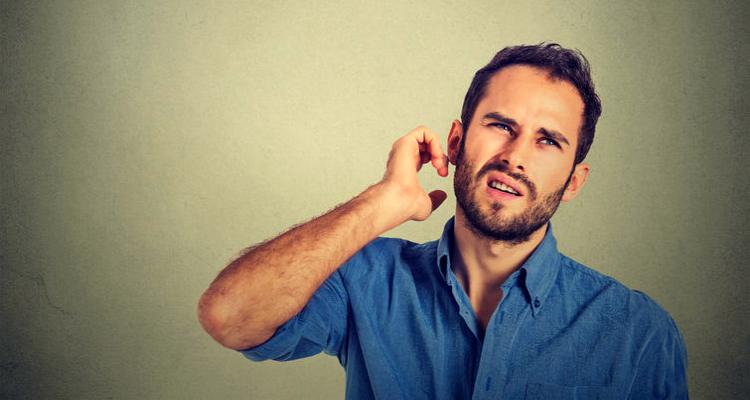 A man has been left completely baffled after his girlfriend told him that he “doesn’t get her” during a recent argument.

Peter Jenkins was reportedly left “scratching his head” by his girlfriend’s mysterious words and was forced to use Google to try and figure out what she meant.

“One minute we were just sitting around chatting, then I made one little stupid comment about one of her friends’ boobs and the next thing she’s flying off the handle and shouting a load of stuff that made absolutely no sense to me,” Jenkins told a close friend earlier. “Then, she turns to me and say I just don’t get her and storms off?”

“I’m left sitting there, without a clue what’s after happening and wondering if she’s angry with me,” he continued. “She tells me I don’t get her all the time but I haven’t got a fucking clue what she means so I don’t know what to do differently. Honestly, sometimes I just haven’t got a Scooby with that girl, it’s like we’re from different planets.”

“Maybe she’s talking about collecting her, but I already pick her up when she’s out with the girls or when she’s arriving at the train station so I can’t really think of many other places I could actually get her from,” he said hesitantly. “Maybe, I’ll just have to work an hour early so I’m out in time to collect her from her job, either that or I’ll just do what I always do, grovel and buy her a present.”

According to Annie, Mr Jenkins’s girlfriend, their relationship has some serious communication difficulties but she believes they will be alright because they love one another.

“Oh poor Peter, he is an awful daft bastard,” she told Wunderground. “I feel bad because I told him he didn’t get me and I know he’ll be going mad trying to figure out what I meant. We’re just on different wavelengths but it’s alright because we really fancy each other. His head will be totally wrecked now, so much so I’ll probably end up with a present or getting a lift home from work for the next week, he’s so predictable.”