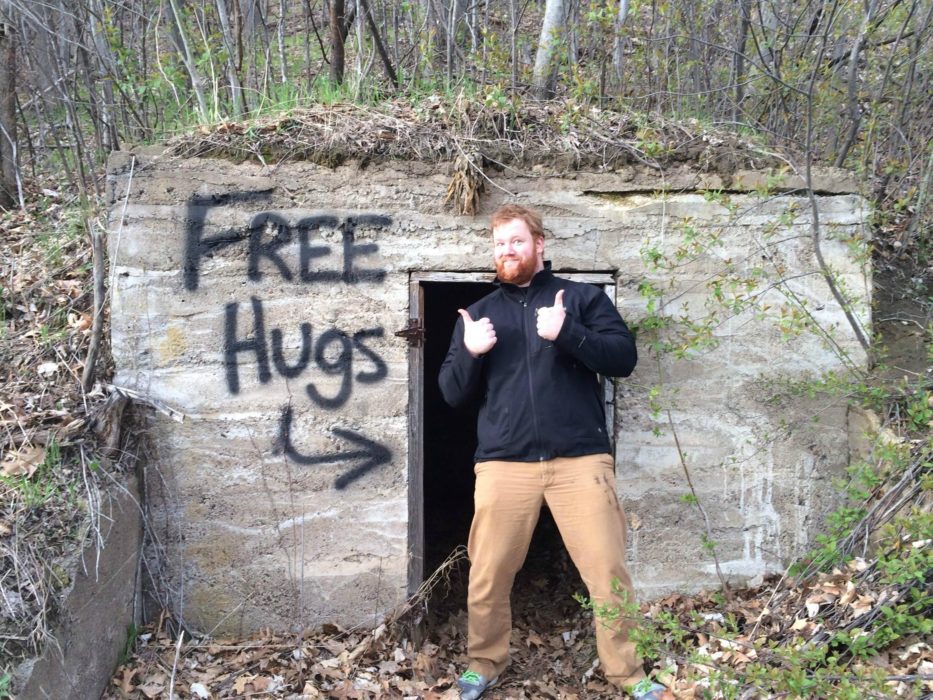 Barry Manilow To Be Named Third Member Of Disclosure

A bloke who gave away over ten thousand free hugs at a festival last year is considering selling blow jobs for a quid at a festival this summer.

Andy Maurice, who claims he had repetitive strain injury in his shoulders after hugging so many people, believes that he could be “sitting on a goldmine” if he can tap into the festival blow job market this summer.

“I couldn’t believe how many hugs I gave people at the festival last summer,” he told Wunderground. “All I had was a tiny little sign that said ‘free hug’ on it and I was inundated with people looking for hugs. At one point I had about ten, or fifteen, people queueing up just to get hugged by me, some people were even coming back for second or third hugs, it was total madness.”

“I was planning on doing it again this year but after seeing the demand for hugs last year I’m wondering if I can make a few quid out of it,” he continued. “Obviously people aren’t going to pay for hugs and kissing is way too unhygienic so I was thinking I’d offer blow jobs for a small fee, maybe a quid.”

“I don’t care what anyone says, all blokes, at all times, are actively seeking blow jobs,” claimed the entrepreneur. “They might care where they get them from on the first or second day of the festival but I can almost guarantee you that by day three they won’t give a fuck, they’ll happily take a quick blowey around the side of one of the tents for a quid.”

“The only downside is that I’ll have to give twenty-five thousand blow jobs, I’ll just have to have plenty of Tic Tacs and constantly tell myself that ‘it’s just business, that’s not a man’s penis in my mouth, it’s a quid in my pocket’.”