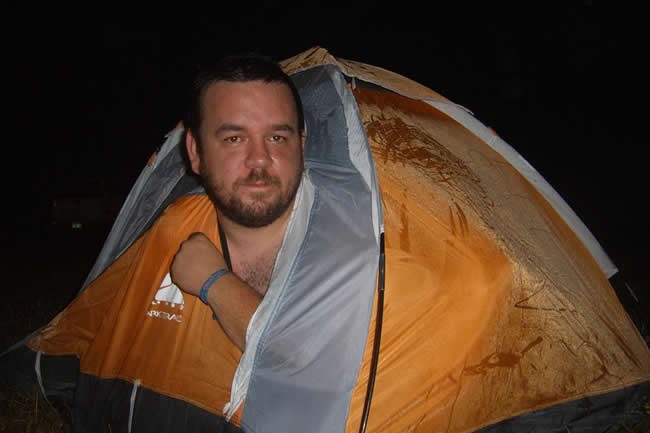 A bloke who has spent the last five hours making a precise, to the minute, schedule of acts he wants to see at a festival he is attending this weekend is probably just going to stay in the campsite for the entire weekend.

Ian Scally, a twenty-four-year-old from northwest England, claims that he is going to “do the festival right” this time, having spent the majority of every festival he has previously attended in the campsite.

“I love a bit of camping at festivals,” Scally told us. “Probably a little bit too much if I’m being honest, I’d say of all the festivals I’ve been to I’ve spent about ninety percent of the of the time at them sweating my tits off in my tent. This time’s going to be different though, I’m definitely going to do it right this year.”

“My problem is that I’m never prepared for festivals,” he continued. “I just go in without a plan and expect to naturally make my way around the festival and see all of my favourite acts but it never happens. This time, I’ve got a schedule. I can pretty much tell you exactly where I’ll be at any point in the festival, I can’t fucking wait!”

According to Mr Scally’s mate, Glen, there’s no way he’s going to stick to his schedule and will probably have lost it before he even has his tent pitched.

“Ian’s fucking shite at festivals,” Glen explained. “He’s too eager, he arrives, necks half his drugs and liquor straight away and that’s him, he’ll roll around on the ground in the campsite for seventy-two hours and then fuck off home. He’d be better off just camping out his back garden and saving his money but he doesn’t seem to mind spending it and he definitely enjoys himself so each to their own and all that.”

At the time of going to press, it is believed that Mr Scally has already started pre-drinking and getting on it in preparation for the festival and tore a strip of his schedule to use as a roach in a spliff.