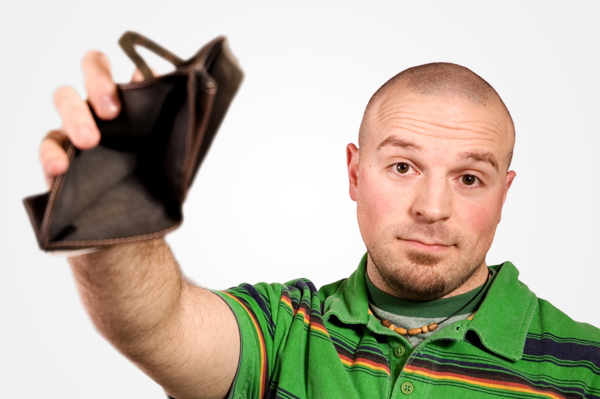 An English bloke who believes his rent is currently way too high is still more than happy to spend twice as much on drugs every month.

London based northerner Barry Davis believes the current housing crisis, which has seen rent prices soar to an all-time high, is the cause for his “constant brokness” despite his expensive tastes.

The rent down here in this London is totally fucking ridiculous,” claimed Barry in his funny northern accent earlier. “I’m not one of these Yorkshire numpties who comes down here and is afraid to put his hand in his pocket either, I know who to spend my money but, see with this rent, I’m always fucking broke.”

“If I were back up home, I’d probably have a much nicer gaff for half the fucking money,” he continued. “Now, I’d have a much shitter job and I’d have to live in a godforsaken shit hole full of daft bastards who look like they were rejected from The Jeremy Kyle Show for being too ugly but I’d still be saving a few bob every week.”

“The way it is now, I’m spending almost one-third of my wages on my rent,” he stated matter of factly. “By the time I’ve partied every weekend, I’m left with hardly any money to feed myself or pay my bills. I’m literally eating nothing Super Noodles and beans for the last two week of every month. Do you know how hard it is to live on that when you smoke weed and get the munchies every day? It’s proper fucking hard, let me tell you.”

“It’s no wonder I’ve lost so much weight since I moved down here,” he said while highlighting his gaunt look. “The last time I went home me mam told me I looked like something off an Oxfam ad. At first, I got really upset because I thought she was saying I looked like that muppet Bob Geldof but then I realised she was just saying I was skinny.”

“She obviously doesn’t know how much I spend on coke, pills and weed so I told her I’d been on the Atkins diet up in that London, eating nothing but fillet steaks, she said she was going to try it too but I told her I don’t think it’ll work with Gregg’s Steak Bakes.”

If you believe your rent is too high to facilitate your drug habit, we suggest that now might be the ideal time for you to consider social housing.