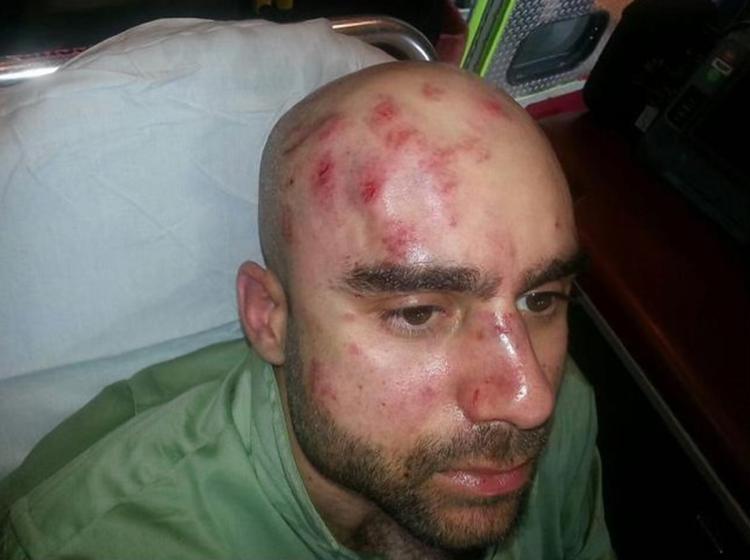 Bartenders Now Only There To Charge Your Phone

The London Metropolitan Police are reportedly looking for a bottle of Jameson whiskey in relation to a serious assault on a man on Saturday night.

Ian Jenkins, the victim of the vicious assault, reported the incident shortly after lunchtime on Sunday.

“I was in a really bad way when I woke up on Sunday, I was supposed to go round to my Mum’s for lunch but, needless to say, that didn’t happen.”

“I had to make up an excuse so I told her I got the shit kicked out of me,” he continued. “When you think about it, it’s actually true, I did drink a bottle of whiskey, woke up with a load of mystery bruises and my head felt like I’d gone twenty-five rounds with Mike Tyson.”

“I didn’t think the daft bint was going to go and make a police report and now, because I’m weak and pathetic, I’ve gone along with it. I had to make a statement and everything.”

According to police sources, they are currently seeking a “foreign, possibly brown, bottle of whiskey” for questioning about the incident.

Mr Jenkins has reportedly made a full recovery from his physical injuries, however, it is expected that it could take another four or five days before he is totally over “the fear”.