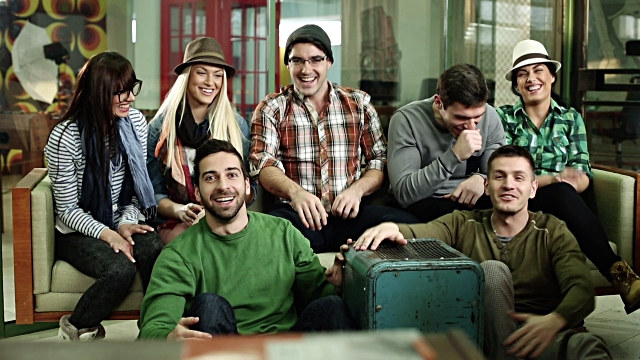 A brand new DJ collective hailing from London, England, have broken the mould and shocked gig goers around the world, by declaring that they will in fact be “showcasing the finest local upcoming house and techno talent”.

The recently formed collective, known only as “Dancey Dancey Boom Boom Muzik UK”, was first announced via their Facebook page. Using the collectives logo, accompanied simply by the word “Loading…” it was enough to arouse curiosity and excitement around the world.

“I saw the sponsored post with the word Loading on it,” claimed one avid Facebook and MDMA user. “I just couldn’t wait to find out what it was to be honest! Was it a gig? Was it a new club? Personally, I had my fingers crossed that they had just uncovered proof that Katie Hopkins is in fact the result of interspecies cross breeding.”

Once DDBBM UK had announced that they were simply the industries latest big DJ collective, they really pushed the boundaries by guaranteeing the latest and greatest in local up and coming house and techno talent at each of their gigs. A fete that has been promised a million times before, but has never succeeded.

Whether or not the new collective will succeed with their wild claims currently remains to be seen, however we at Wunderground will be keeping a close eye on them and will be reporting as their gigs commence.