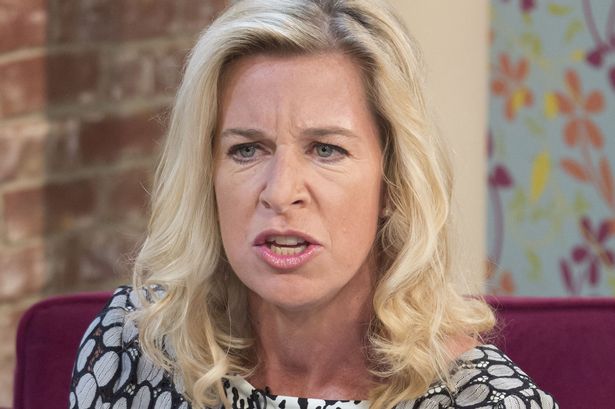 Brand New Collective Thinks Outside The Box, Promises To Bring You The Finest In Upcoming House and Techno Talent

Outspoken journalist Katie Hopkins has reportedly been kicked out of a k-hole for being a total cunt.

Hopkins, best known for being as likeable as a malignant dick wart, was recently pictured passed out on a South African street after taking ketamine. It appears that Hopkins has developed a taste for the drug after a recent attempt to re-enter a k-hole was cut short when the witch faced journalist was ejected by figments of her own imagination.

“K-holes are a predominantly peaceful place,” claimed neuroscientist Reginald Parker. “They can be quite chaotic but once the dust has settled after entry, they’re generally quite calm and actually pretty relaxing. I’m not surprised that Hopkins was kicked out of her own k-hole. She’s too much of a cunt for her own subconscious.”

According to Grongdrack, a ketamine entity created by the warped mind of Hopkins, the residents of the k-hole were left with little or no choice but to kick their creator out.

“We had no choice,” claimed the ketamine troll. “The language she was using was totally unacceptable, even for a k-hole. There was no way I was going to let my children witness that, so, myself and some of the hole elders called an emergency meeting and decided to eject her from the hole.”

“She done a lot of damage down here. Even though she was only here for a couple of seconds in human time, it was almost three years in k-hole time, we’ll be tidying up after her for generations down here.”

Hopkins, once likened to a mixture of Margret Thatcher and cat vomit, has so far failed to comment on her latest k-hole visit, however, we expect she will soon blame it on the working class, foreigners, the gays and anything else that will keep her closet far right audience happy.