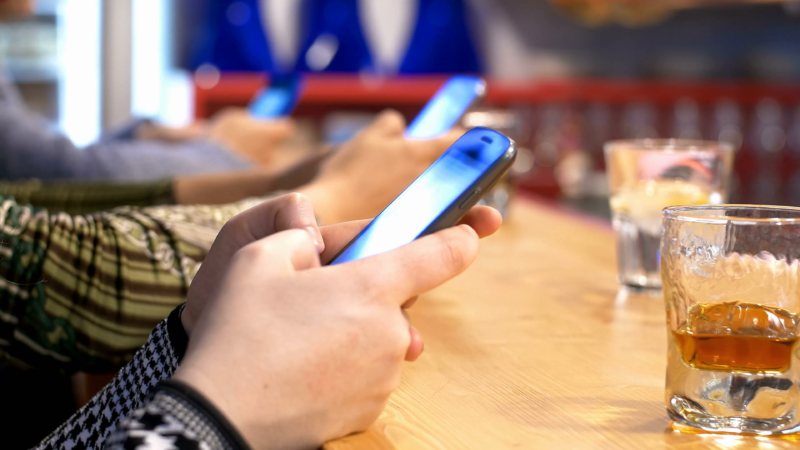 Checking in on social media is now considered to be the number one reason for going out in adults between the ages of eighteen and twenty-five.

According to the latest research, conventional reasons for going out, like socialising, seeing a band or DJ or just getting smashed, no longer come into contention for this particular demographic who see no point in going out beyond “winning social media points”.

”Young people these days just don’t go out for the same reasons as we did back in our day,”
claimed one man who was severely underqualified to comment on the issue. “When I was still into going out, my main aim was to get smashed off my face, get a feel of outside the jumper tit and, if I was lucky, convince a girl back for some quiet fondling in my mum’s house.”

“But nowadays, all these youngsters are more into their Instachats and their Snapbooks than they are to getting themselves wrecked and their fingers wet,” continued the man. “I don’t really know much about the whole social media thing, I gave up on it because I was really struggling to figure Bebo out, so all of these new ones really confuse me.”

“Like, what do they actually get out of letting everyone know, every single aspect of their lives,” questioned the anonymous man. “Everyone does it and everyone knows their real life is nothing like what they put up on social media so surely they all know that everyone else has figured out each other’s lives are just as shit as theirs. Do you know what I mean?”

Nineteen-year-old Benji Clarke claims there is no better reason to go out than checking in on social media, “I don’t get why people would go out for any other reason,” he told us earlier. “Clubs and pubs and stuff are just like everything else in the world, shit.”

“The only thing that I like now is social media, mostly just Instagram, the rest are all a bit shit too if I’m being honest,” he continued. “It’s way cooler to be checked in somewhere than it is to actually be there, when you’re there the only people who know you’re there are the other people who are there, and they’re probably mostly dicks anyway, but when you check in, everyone knows you’re there, which is what you want.”

In related news, experts have finally proved, with science, that things definitely were better in your day, more on this as we get it.