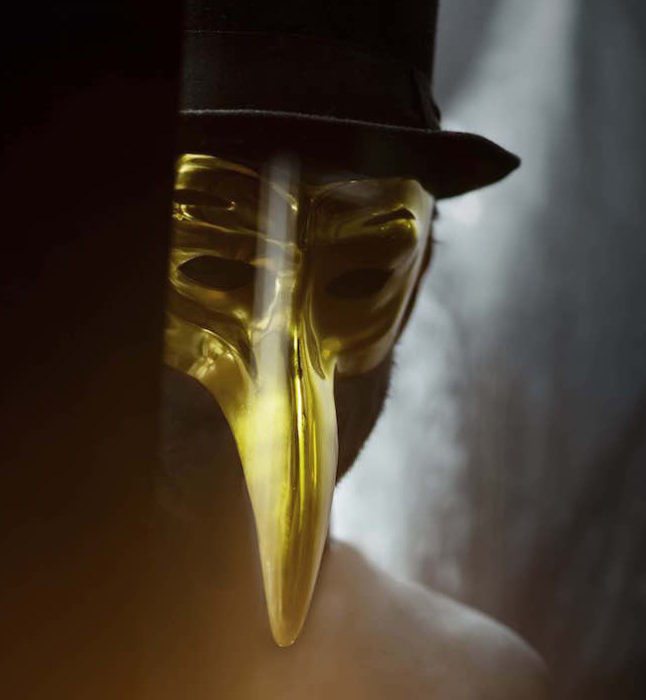 Sliders Voted ‘Food Most Likely To Be Eaten By Cunts’

Claptones all over the world have been placed under protective custody after their numbers plummeted to an all time low earlier this year.

Although the exact source of Claptone life on this planet in unknown, it is believed the otherworldly creatures have been happily living on Earth since the late eighteenth century, with the first recorded evidence of a Claptone presence found in an issue of The Berlin Examiner, printed in 1796.

Claptologists claim Claptones have been hunted to the brink of extinction after a number of myths about their unique golden beak arose in the 1990s.

“According to the internet, Claptone beak can be used as a cure for just about every medical ailment, disease and bad luck omen that has ever existed,” explained Dr. Jurgen Bauer, Berlin Zoo’s leading Claptologist. “Of course none of the rumours are actually true. The Claptone’s beak is, in fact, no better for getting rid of a wart or putting life back into a limp dick than a piece of soggy toilet paper. It’s all nonsense!”

Dr. Bauer also revealed that the Claptones have become more vulnerable to hunters after large portions of their natural habitat, deep and dark rooms, underground dance floors and warehouse parties, were shut down and sold to property speculators to be redeveloped into low grade, overpriced accommodation.

“Claptones are regularly being forced to leave the safety of their homes, which leaves them open to attack from hunters and smugglers,” continued the concerned Doctor, “and, unfortunately, demand for Claptone beak is extremely high at the moment after a Chinese doctor claimed that snorting one large line of ground beak could transform anybody into the world’s biggest DJ.”

“This obviously isn’t true, just look at Avicii, he’s been snorting hundreds of lines of beak every day and he’s still only in sixth place on the DJ Mag Top 100 DJs list.”

Sources from within the Save the Claptone Organisation have confirmed that all remaining Claptones will be transported to a number of “top secret” locations where they will live under armed guard until their numbers reach a level sufficient enough for them to be reintroduced into society.

If you would like to help save the Claptones you can buy a copy of Claptone’s latest release, The Only Thing, here, with all proceeds going directly to the Save the Claptone Organisation.