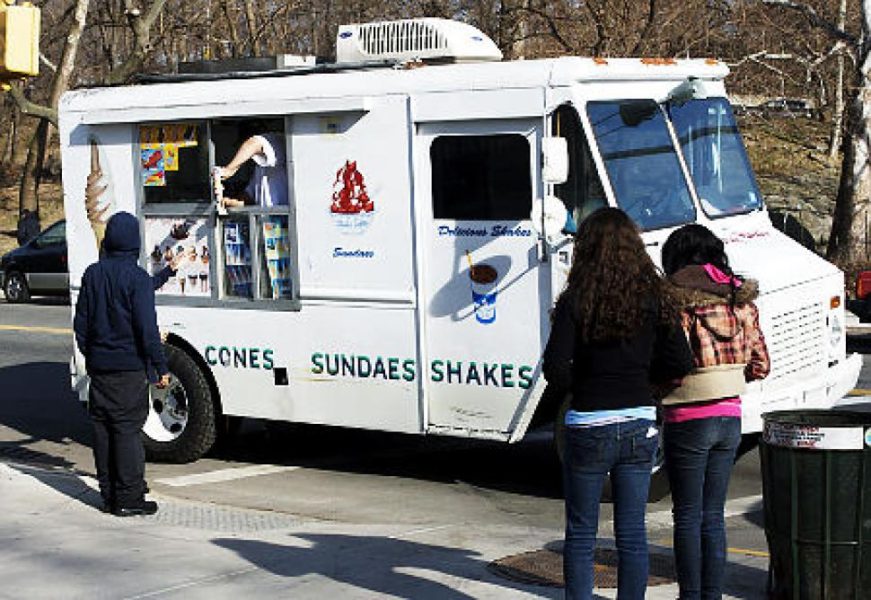 A drug dealing ice cream man from Blackpool, England, has expressed his disbelief at the demand for flake in the seaside resort this summer.

Peter Berkley is nearing the end of his first season as an ice cream man in Blackpool and believes he has made “two or three times more” than he had initially expected too.

“I really can’t believe the money I’m after making in Blackpool this summer,” explained the ice cream man earlier. “I knew the drugs would be my main source of income but I never could have believed the amount, and the variety, of people looking for flake. It’s been totally unreal!”

“Practically everyone who asks for an ice cream cone wants some flake,” claimed Mr. Berkley, who dropped out of school aged twelve to concentrate on a drug dealing career. “Sometimes I tell them they’re too young but if they look like their over fourteen I’ll generally give it ‘em.”

“I’ve had to start making up ten pound bags because the people round here just weren’t willing to part with anymore,” claimed the brain dead drug dealer. “But I can still shift fifty or sixty bags a day. I’ve even had a group of nuns coming up and getting some off me. I guess that’s just the magic of Blackpool innit.”

“The best thing about it is, what I have isn’t even flake,” admitted Berkley. “I don’t even know what flake is. I just heard some lads talking about and I decided to rebrand the averagely shit bit of coke I had as flake and it’s worked a treat. Everyone is mad for the stuff.”