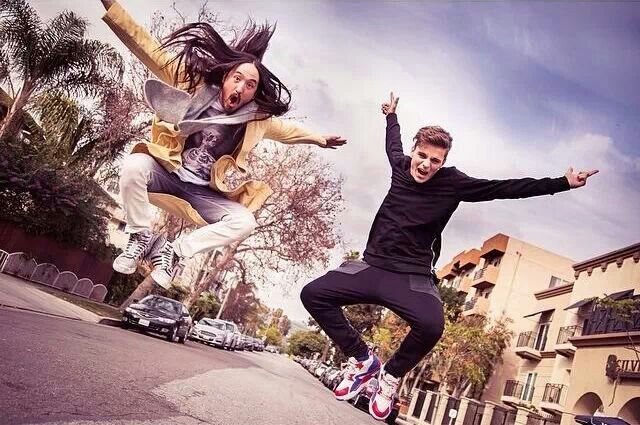 Reports emerging from the electronic music industry suggests that EDM stars are now spending up to six hours a day in mid-air.

According to our sources, EDM DJs now consider the ability to jump as one of the most important skills for forging a career in the industry.

“Any old chump can jump up and down on the spot behind a set of decks,” claimed veteran jumper Hardwell.

“But there’s a lot more to jumping than just getting your feet off the air, in today’s industry, it’s all about things like hang time and style.”

“I don’t even practice DJing anymore,” he claimed, although we’re not sure he ever practiced DJing to begin with.

“Instead, I’m in the gym for about eight hours a day jumping, I jump on the spot, I jump on a trampoline, I jump off things and I jump onto things. I’m easily airborne for six hours a day, even on my days off.”

One EDM fan even went as far as to claim she simply wouldn’t entertain the thought of going to see a DJ who didn’t constantly jump throughout their set.

“Why the fuck wouldn’t they jump?” the fan asked us earlier.

“It’s hard enough to know if the music is any good with the DJ getting hyped and jumping. If they stopped doing it, I’d never know which parts of the tracks to get excited about.”

Reports that some DJs had even developed the power to levitate have been rubbished after all of the witnesses were found to be taking some form of hallucinogenic drugs.