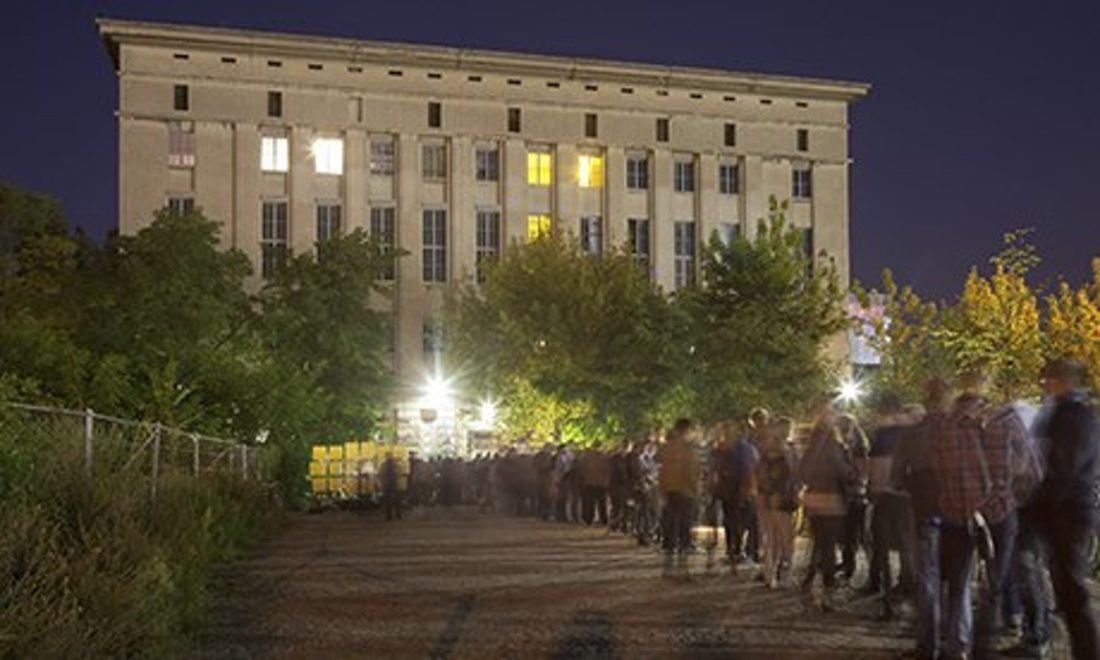 Entry to Berlin’s most exclusive nightclub, Berghain, has just become a little bit harder after it was revealed that German clubbers are now leaving towels outside the club’s doors as early as Thursday morning.

The latest development will come as bad news to British and Irish clubbing tourists who already have a number of obstacles, including a language barrier and a secret handshake, to navigate when trying to gain entry to the club. Up to three hundred towels are reported to have been left outside the club this morning, ensuring extra long queuing time and minimal chance of entry for anyone choosing to visit the club later this weekend.

The towel maneuver has been a popular German tactic for staking a claim on something ever since thousands of German soldiers left their towels on Poland in 1939. However, in recent years the towel tactic has mostly been used by German holiday makers, in particular men dressed in Speedos, to reserve sun loungers in an attempt to tan their shriveled bodies an unnatural shade of leather brown and make teenage girls giggle.

Patrick O’Hanlon, an Irish man traveling to Berlin this weekend, claims he probably won’t even bother trying to get into Berghain after hearing about the towels.

“I’ve been to Berlin clubbing a few times now. I love the place,” claimed O’Hanlon. “There’s nowhere like it in the world when it comes to clubbing. Every time I’ve gone I’ve tried to get into Berghain and been refused. It’s easier to get into a nun’s fanny than it is to get into that place. I really don’t see what all the exclusivity is about, at the end of the day it’s just a lot of people dancing and a few lads fucking. A lot like backstage at a One Direction concert.”