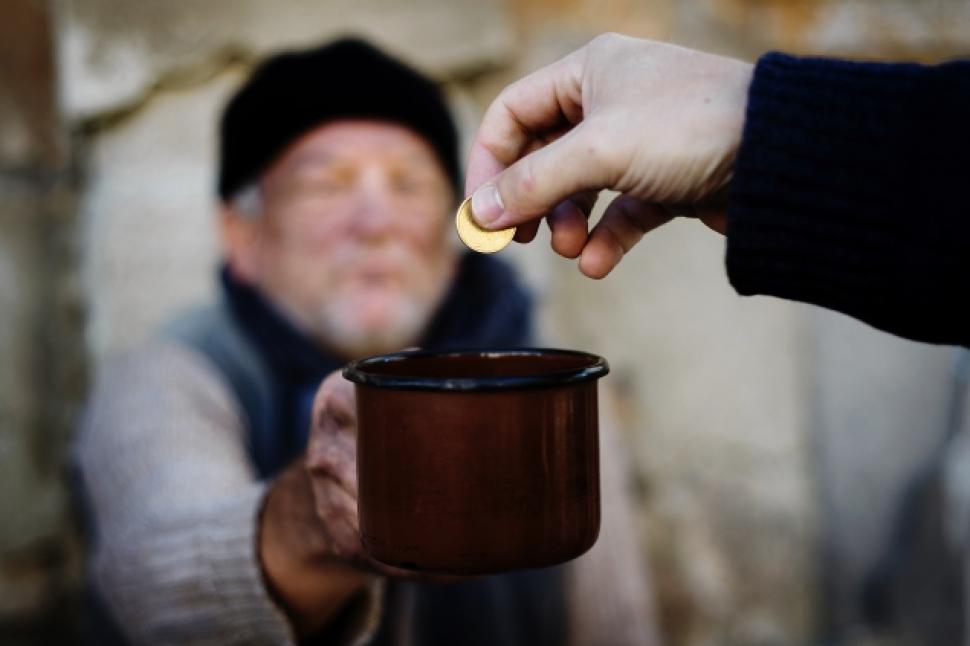 A Glasgow smack head has surprised everyone around him by actually spending the 50p he just begged off a passer by on a cup of tea.

Smack head Rab McGuinness had been pestering a number of people for 50p, which he claimed he was going to spend on a cup of tea, on Glasgow’s busy Sauchiehall Street early this morning.

“They always claim it’s for a cup of tea, or a hostel or bus fare or something like that but we all know they want the money to buy heroin or swedgers or some sort of drugs,” claimed eye witness Pierce Dooley. “That’s why I never give them any money, so you can imagine how shocked I was to see some bird give this lad 50p and him go and actually spend it on a cup of tea. Mind Blown!”

According to Mr. McGuinness, he gets his methadone prescription first thing in the morning so he doesn’t need to start looking for money to buy drugs until the afternoon.

“I like my methadone washed down by a good, strong cup of tea in the morning,” revealed McGuinness, a full time heroin addict and part time buckfast drinker. “Glasgow’s a cold place, especially early in the morning so I always walk up Sauchiehall Street to try and bum 50p for a cuppa.”

“You’d be amazed at the amount of people who don’t believe that I actually want a cup of tea,” claimed McGuinness. “I mean how much heroin do they think I’m gonna get for 50p. If I was looking for heroin I’d ask for at least a pound or, better still, just rob them but that’s work and I don’t start working before ten, ever.”

According to unconfirmed reports from Glasgow, Mr. McGuinness had a moderately successful morning in work and managed to accumulate £13, £10 of which was spent on heroin, while the other £3 was spent on a mix of loose cigarettes, Irn-Bru and Greg’s pastries.