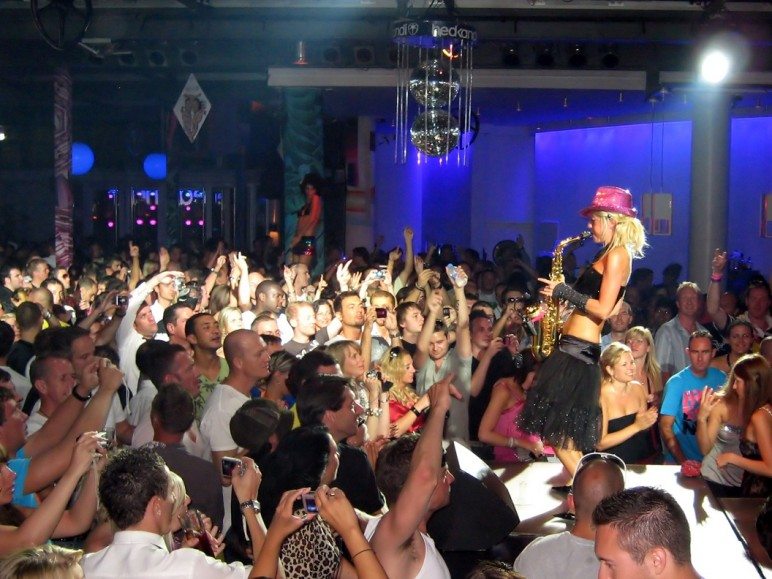 New Festival Super Tent Sucks Your Dick While You Sleep

According to a recent survey, the saxophonist playing a saxophone set in a nightclub is the only person actually enjoying the set.

The survey’s results indicated that most of the other people in the nightclub thought the saxophone set was “shite”, “too loud”, “fucking stupid” and “just plain rude.”

“I’ve been going to nightclubs for years now and saxophone players have never been a problem before,” explained clubber Simon Ferris. “Then all of a sudden they’re popping up everywhere. If I had of wanted to go out and listen to some bell end play a saxophone I would have gone to a jazz bar not a fucking techno club.”

“I seen a guy play at a club last week and I honestly don’t know how he didn’t pick up on the fact that nobody wanted him there,” continued a miffed Mr. Ferris. “Everyone was just staring at him like they wanted to batter him but he just kept blowing the thing like Paris Hilton at a glory hole convention. I was hoping the cunt would pass out from a lack of oxygen but he’s got a better pair of lungs on him then Charlotte Church looking for pills at a festival.”

“When he finally finished the atmosphere in the club really picked up and everyone was happy again,” continued Mr. Ferris, a twenty eight year old techno enthusiast. “He had a big cheesy grin on his face like he was just after doing something brilliant and he walked around looking for high fives off people but everyone just ignored. I’ve not seen someone so unpopular since DJ Sneak showed up at my local all you can eat Chinese buffet.”

According to unconfirmed reports, the saxophonist in question was hospitalised shortly after the time of going to press, after he ignored a number of warnings from a disgruntled clubber who told him he would “stick [his] poxy saxophone up [his] arse” if he didn’t stop playing it in the club.