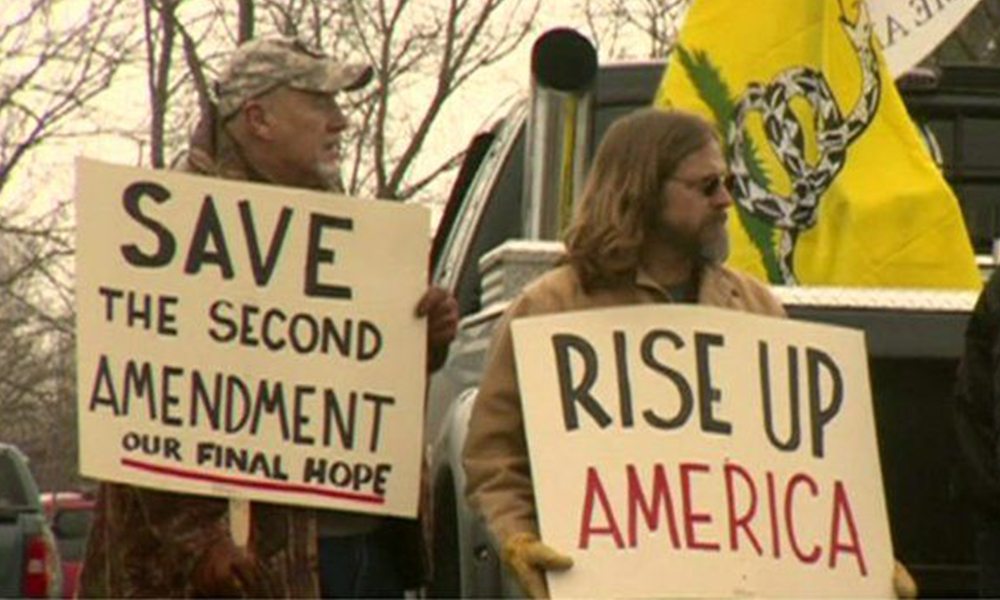 Following a recent spate of tragic nightclub shootings, gun activists in America are campaigning to have nightclubs closed.

A small group of gun enthusiasts have claimed that it is “time to stop criminalising gun owners” and redress the issues behind the meaningless deaths.

“Why is it that every time we have some sort of mass shooting in this country everybody is so quick to point the finger of blame at the shooter and their weapon?” asked National Rifle Association member and Trump supporter Chubs Sedgwick. “As Americans, we’re entitled to bear arms, so surely we’re also entitled to shoot the god damn things.”

“Let’s look at the real issues here,” continued Sedgewick. “Where do most of these shooting occur? Schools and colleges or nightclubs. Now, maybe I’m missing something here but if these things are happening in the same places all the time, doesn’t it make sense that it’s these places that are the problem and not the person with the gun. Sure, if they didn’t have a gun they wouldn’t do it but if the places didn’t exist they also wouldn’t do it and they’d still be able to protect their property from the imminent threat of Indians, gunslingers, communists and Al Qaeda, all of whom are a clear and present danger in America today.”

“Everyone hates school and there’s always been something fundamentally wrong with our school system anyway so I really don’t think closing down schools would be that big of a deal,” claimed the Colonel Sanders look-alike. “And then there’s nightclubs, we should have been rid of those dens of iniquity years ago. They’re nothing but drug infested whore houses, where people go to spread STDs and cause trouble. Did you know, before the first nightclub opened in America in the early 1990s there hadn’t been a single mass shooting for almost three days. The statistics speak for themselves, especially when you manipulate them in a way that suits your argument.”

“It’s clear where the problem lies here. The sooner we shut theses hell holes down the better,” he shouted. “Then, maybe we can stop blaming the guns, and the people who are exercising their human rights to own and use them, on these tragedies.”

While it is not yet clear whether America will choose to ban nightclubs rather than address the glaringly obvious fact that their stance on firearms is the greatest source of danger to their citizens, it certainly wouldn’t surprise anyone if they did.