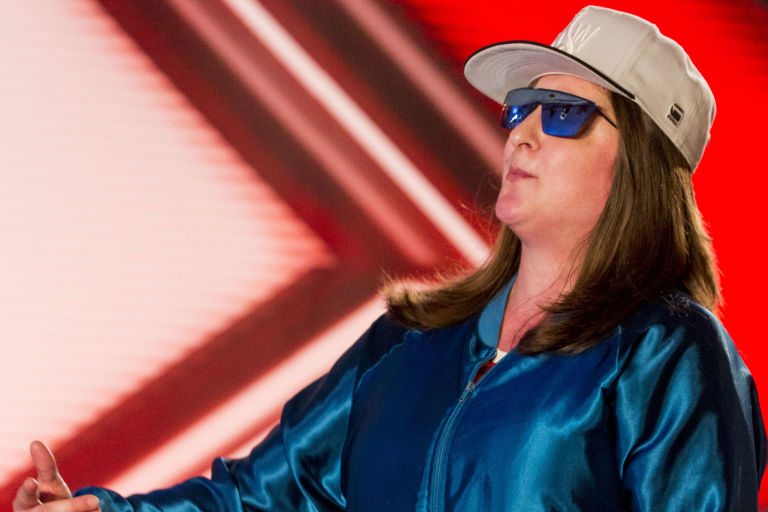 X Factor reject Honey G has announced that she is set to “quit the rap game” after being offered a lucrative residency in Amnesia, Ibiza, next summer.

G shot into the public domain this winter after a series of whimsical appearances on the the so called talent show where, despite having the flow of a dried up river bed and the stage presence of a broken clock, she proved to be a hit with both the British public and the show’s judges.

According to sources within Amnesia, they see Honey G as a “unique opportunity” to diversify their target audience, claiming that she appeals to everyone from “urban street urchins to posh toffs and everything in between”.

“I think Honey G is going to be a great addition to the Amnesia line up,” claimed Manuel Sassolo, Amnesia’s chief booker. “We’re going to schedule her show to take place between Paris Hilton and Dimitri Vegas & Like Mike so she’ll be in good company and she certainly won’t seem out of place in terms of talent.”

“I can see her selling this place out every week, not because she’s a talented performer or a great DJ, because people are stupid and if Paris Hilton can do it anybody can,” continued Sassolo. “We’re flying her in to discuss the terms of her contract, which we think she will be very happy with, and decide on a name for her night. So far, we like Honey G’s Haters Ball and FFS It’s Honey G but we’ll wait for her input before we make a decision.”

While the details of Amnesia’s offer are not yet known, sources close to Honey G have revealed that the rapper is “extremely happy” with the deal on the table.

“Honey’s over the moon, she’ll get the kind of money she never could have imagined getting, until her inheritance comes through but her parents aren’t even nearly dead yet so that could take years,” confirmed close friend Angelica. “She won’t shut up about, which is really annoying because she already talks a lot, and she’s been practicing twisting knobs and putting her hands up in the air constantly since she was approached.”

In related news, Keith Lemon has reportedly turned down the opportunity to make a “Bo’ Selecta!-esque” parody of Honey G, claiming that he “tried it” but a “parody of a parody of a rapper was just too lifelike”.