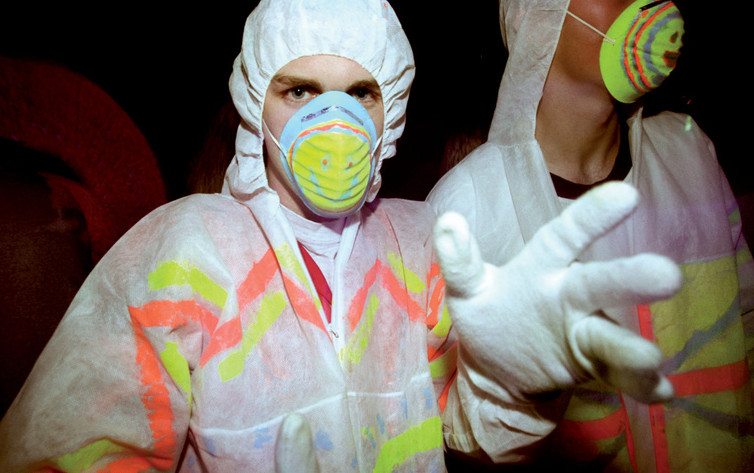 People Only Do Drugs “To Stay Awake Through The After Party”

A self-confessed old skooler has today admitted that he doesn’t even attempt to listen to new music in case it’s shit.

Alex Loughby from Leeds, made the admission this morning when a friend attempted to make him listen to a new track from Carl Craig.

“He flipped out and ran from the room, he’s refused to listen to anything made after 1999 because he prefers to live continuously in a state of pre-lapsarian bliss in which all the music reminds him of a younger, happier time,” explained friend Sam. “He doesn’t even know what dubstep is and if you played him any David Guetta track he’d probably just think it was a mid 90s pop dance track by someone like Dune or Eiffel 65.”

“I think he’s just terrified to try new things and face the knowledge that dance music, unlike him, has moved on and left him behind,” continued the concerned friend. “A bit like the time his dad went to the shop to pick up some cigarettes or when his ex girlfriend Jackie lost three stone and had an affair with her gym instructor.”

“In my mind, music was perfected in 1999,” claimed Loughby earlier. “Oakey was still tearing up dance floors, Gatecrasher was a reputable club and not just an embarrassing mistake made by the owners of Eden in Ibiza. It was the age of the superstar DJ, anything after that just went downhill fast.”

“Honestly the muck that passes for trance and progressive today is just pants, listened to by a shower of floppy haired cretins whose only idea of giving it welly is handing their designer wellies into an Oxfam shop on the way home from Glastonbury,” scoffed Loughby, who seemed to be leaning slightly to the left, possibly weighed down by the large chip on his shoulder. “And don’t even get me started on the drugs! They’re pure shite. I can’t even take a Garry these days without carving a Mitsubishi logo into. I don’t know, kids these days.”

Unconfirmed reports indicate that, since the time of going to press, Mr. Loughby has been forced to listen to “some new music” after the cassette deck on his stereo malfunctioned and destroyed a number of his favourite mix tapes.