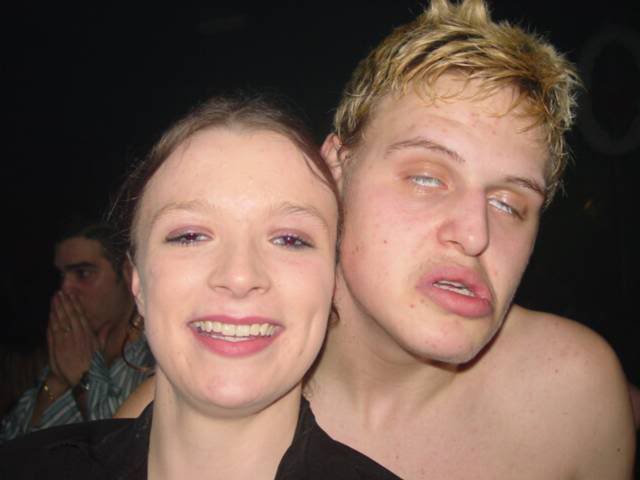 Local authorities in Ibiza have announced that they are to introduce a “gurning tax” on all nightclub dance floors next summer.

The news can be seen as another blow to the clubbing and tourist industries on the island as the current government continue to tackle the drug culture which has become synonymous with the popular holiday destination.

“We’re really sick of all of these tourists coming to Ibiza and standing around gurning, like drugged up trouts on our dance floors,” explained local Councillor Victor Torres. “While we can’t simply get rid of them, we can make them pay a tax for it so, as of next summer, anybody spotted gurning on any dance floor will be asked to pay a gurning tax.”

“There will be different levels of taxation based on how bag the gurning is,” continued Torres. “Mild gurns will be charged at about €8 per gurn, less than the price of one drinks so we’re being quite reasonable. More extreme gurns, or upside down smiles, will involve a slightly higher tax of around €15, which is still cheaper than a vodka and coke in most clubs, so again a very reasonable price.”

“We’ll also be offering one week and two week packages for people who want to gurn multiple times, but we haven’t worked out the finer details of those just yet.”

According to English tourist Martin Barnes, there’s “no fucking way” he’ll be paying a gurning tax in Ibiza next year.

“This is the most ridiculous thing I’ve ever heard,” claimed the irate tourist. “The only poxy reason I come here is so I can walk around with my jaw hanging around my ankles, if they’re going to start charging me for the pleasure then I’ll just go somewhere else for my holidays. Fuck that.”

According to Wunderground sources, other things the local government in Ibiza may start taxing include; drug baggies, rolled up notes and ket spoons.