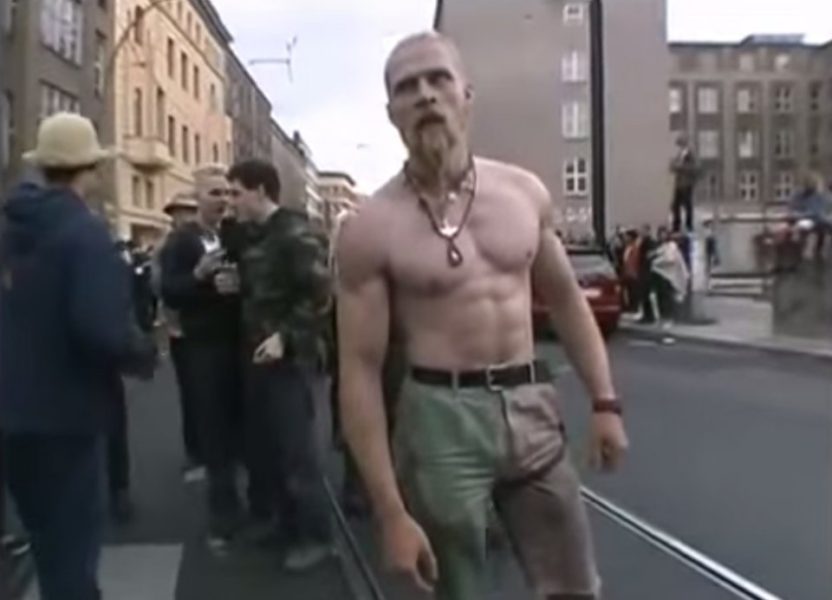 The Vatican City was the scene of a horrific Viking raid early this morning, in which a number of priceless artifacts were stolen.

The news comes as a shock as it has been over one thousand years since the last reported Viking raid on a building associated with the church. The raid, which lasted approximately forty five minutes, also seen a number of historical buildings set alight and three high ranking officials sodomised, with unconfirmed reports even suggesting that Pope Francis was amongst the victims.

Interpol have issued an official international arrest warrant for Techno Viking who they have identified as the ring leader of the rogue band of Norsemen.

It is believed that the crafty Vikings managed to evade the Pontifical Swiss Guard after they were distracted by a block of cheddar which had been made to look like Swiss cheese by drilling holes in it. Captain Luc Fritz commented, “It looked just like Swiss cheese, we get very homesick here so to see a little bit of our home, our culture, totally distracted us, it gave the Vikings just enough time to slip past our guard unnoticed. It was the cheesiest thing we’ve seen in the Vatican since David Guetta had an audience with the Pope.”

It is believed that the Vikings escaped through the nearby port town of Civitavecchia, where a Viking longship was waiting for them and is now believed to be on route to their secret winter hideout on Ibiza.

Pope Francis is said to be in a stable but severely traumatised state. He remains in the Vatican where he is being comforted by his high council, which is made up of Darth Vader, George W. Bush, Kim Jong Un and Skrillex.

Interpol have also stated that they wish to speak to Swedish DJ, Adam Beyer, in relation to the raid. Although he is not considered a suspect they need to eliminate him from their investigations after a modified version of his Drumcode was used to open a safe during the raid.