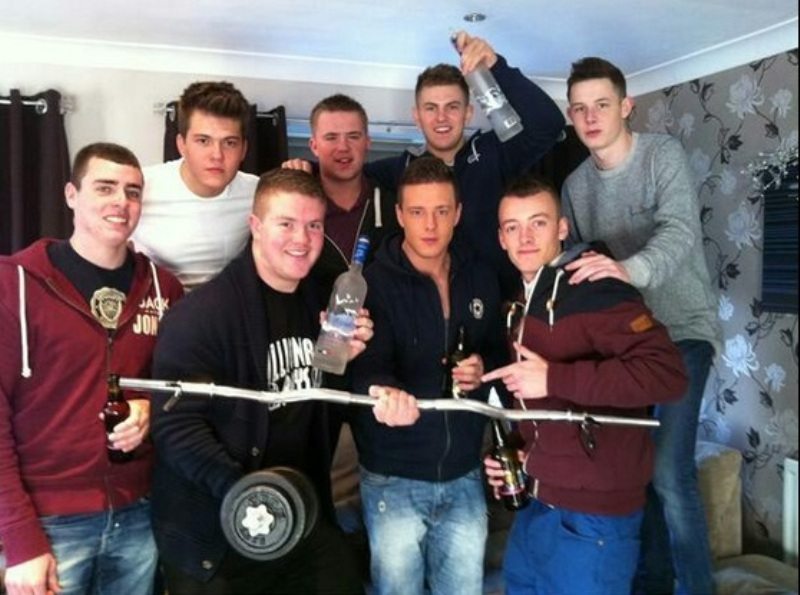 A group of 18-year-old Brits who boasted loudly that Ibiza was not ready for their premeditated debauchery and “laddish antics” were given a rude awakening within two days of arriving on the island and forced to quickly admit “it actually was ready for us”.

The boys had booked the trip on the back of recommendations from their older brothers and from taking movies such as Kevin and Perry Go Large and It’s All Gone Pete Tong as factual documentaries – believing it would be a paradise, guaranteed to provide easy women, cheap drugs and cater to all of their overly hedonistic cravings.

But events that took place before, and during the holiday, have forced the friends into reconsidering the idea that their drunken mob mentality is anything funny and original, or that a foreign country will happily embrace their idiocy and be unable to handle it.

According to the boys’ parents, who dropped them off at Gatwick airport, they arrived with excitement and anticipation, donning t-shirts with ‘Ibiza 2014’ printed on the front and ‘Lads On Tour’ on the back. However, their trip quickly took a turn for the worse as Luke, the self confessed “joker” of the group, was stopped and arrested by airport security after being found to be in possession of 10 grams of ketamine.

“I thought I would be able to sell it out there and make a fortune,” lamented Luke, who is due to be charged for possession with intent to supply.

Within just one day of the group arriving on the party island, they found themselves embroiled in numerous incidents which have quickly altered their perspective on where they stand in life, with regards to their antics in public and etiquette when travelling to foreign destinations.

“I was sold some dodgy pills and passed out before midnight,” said Pat. “Half of us didn’t even get into Amnesia because we tried smuggling bottles of Grey Goose vodka in.”

The owner of the boys’ hotel told Wunderground he was forced to kick them out with a €1000 fine on the second night, after they desecrated their hotel rooms with broken glass, urine and excrement:

“Never before have I witnessed a group of guys try so hard to live up to a preconceived stereotype of British male tourists, without any sense of irony over how pathetic they are behaving.”

The group have returned home from the trip in dour spirits after they decided to stay in for the remaining four nights of the holiday, recovering from the utter shock that Ibiza actually was ready for them.