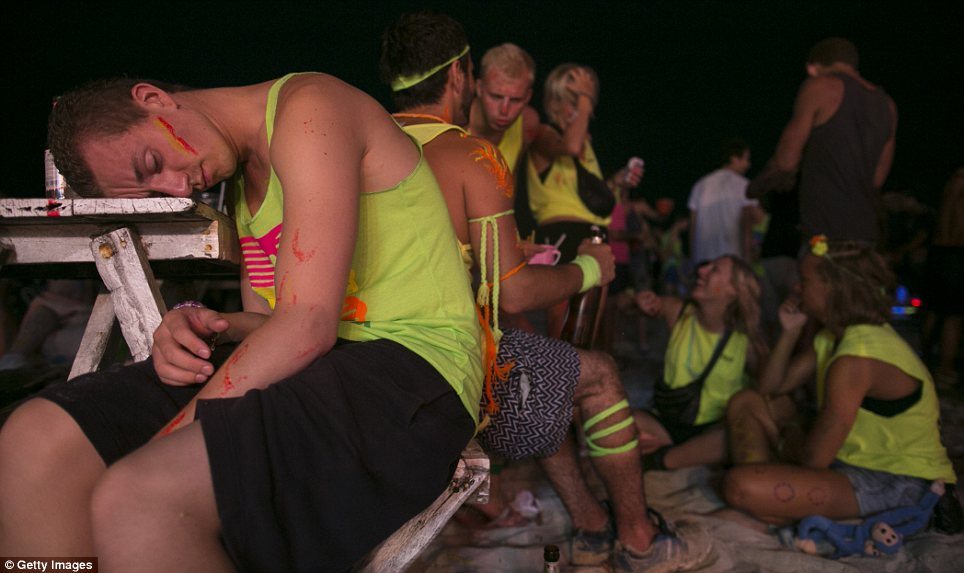 A man at a local house party is to spend the next six hours trying to figure out whether or not he will go home.

Peter Thompson, a twenty six year old sandwich artist, started to feel a “little bit tired” in the last few minutes and is currently weighing up the pros and cons of returning to his house.

“The tiredness just kind of hit me out of nowhere a few minutes ago,” confirmed Peter. “Usually when I feel a bit tired I’ll just rely on a second wind to get me through but I’ve already had three second winds at this party and I’m just not sure if I have a fourth one in me or not.”

“I kind of wouldn’t mind going home, I have this dead romantic idea in my head of getting into the house, smoking a joint, eating a lovely Chinese and wanking myself to sleep,” he continued wishfully. “But I know the reality of the situation is I’ll get in and fall asleep straight away, fully dressed and on top of my bed.”

“I’m just afraid that if I go home now something really good or funny will happen here, it’s a classic FOMO situation,” explained Peter, who isn’t sure if he’s indecisive. “And I took a pill about twenty minutes ago so I should probably wait and see if that has any effect on me, it probably won’t at this stage but I”m better off finding out here. Plus I’d have to go around and say goodbye to everyone, I think I’m better of just staying put for now.”

“There’s also supposed to be a lad with some ketamine on the way so I’ll most likely wait and see if he shows up,” explained Peter. “It’s just gone five o’clock now so I should have a good idea of what I’m gonna do by about eleven, that way I’ll still be able to get some food and cans on the way home.”

According to witnesses, Mr. Thompson fell asleep on the sofa at “about seven o’clock” and was still there at the time of going to press.