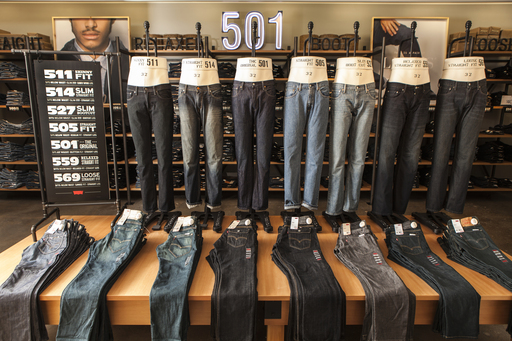 A fashion conscious man from Derry, Northern Ireland, is said to be considering non-ripped jeans in an attempt to keep his knees and thighs warm this winter.

Patrick Swift, who has been dressing himself for almost nineteen years, has claimed that he is “torn between having warm legs and looking whopper” and will make up his mind once the “temperatures drop”.

“I think he’s fucking mental,” said Mr Swift’s close friend Andy. “We all want our legs to be warm, especially in winter but, come on, non-ripped jeans? What year does he think it is? 2013? Somebody needs to sit him down and tell him to go check his head. He may look for a new best friend if he even thinks about wearing non-ripped jeans out with me.”

According to Mr Swift’s mother, Patricia, her son has always been a bit of a maverick when it comes to fashion and was even one of the very first people to wear skinny jeans in the whole of Derry.

“Patrick’s always been a bit of a fashionista,” she told us. “When all of his friends were wearing Celtic jerseys or fake Burberry he was making his own long line t-shirts out of my old dresses and wearing his little brother’s jeans.” “

“At first, we thought he was just daft but as he got a bit older and was able to buy his own clothes, instead of modifying mine, we realised he wasn’t stupid, he just liked stupid looking clothes,” she continued. “If he decides to wear non-ripped jeans that’s fine with me, even if he does look like a fucking weirdo.”

Mr Swift has so far been unavailable to comment on his choice of jeans, with sources close to him suggesting he has spent his time “weighing up his winter socks options”.