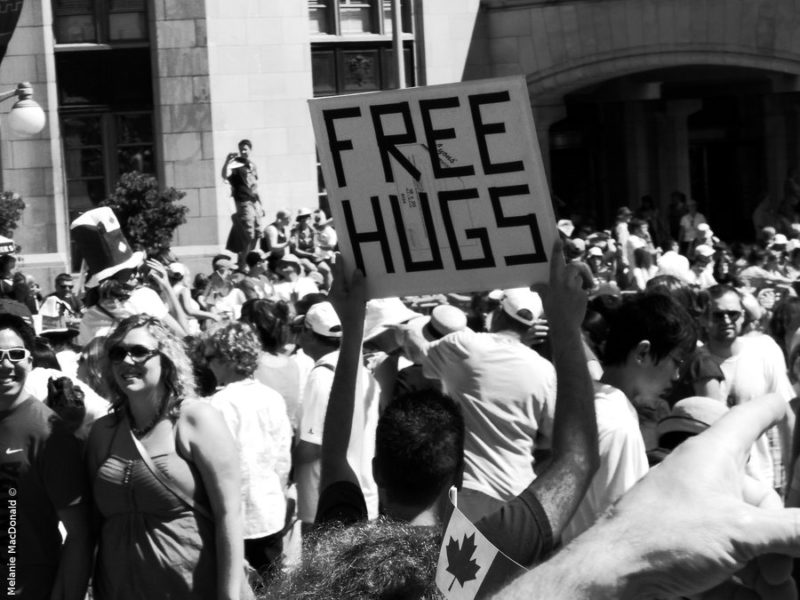 In downtown Miami, 37-year-old designer, Jim Flemson, has been known as the smiling face of the late night rave scene for years.

Wandering out of almost any show in the early hours, you could expect him to be there, vibrating back massager in hand, wearing an Eeyore onesie, offering free hugs to everyone without prejudice.

According to reports emerging this week however, the perpetually upbeat Jim is not the happy-go-lucky raver he purports to be.

“I don’t even like electronic music and don’t even actually attend the raves,” he explained. “I just stand around at the exit to give people hugs. My, uh, my parents were never very close to me.”

The young man claims that despite his unhappy home life – where he was made to walk home from school by himself two days a week and sometimes forced to visit his elderly grandmother who, despite a steady supply of candy, often smelled – he found acceptance in the wide-stares of late night revelers.

“One night I left a costume party because my girlfriend broke up with me,” he explained. “I was wearing my onesie as I stumbled tearfully by this club when a crowd of gurning young people came pouring out, ran up to me and started hugging me and rubbing my belly. Next to wanking or eating bacon, it was the best feeling in the whole world. I finally felt loved.”

That fateful evening marked a turning point in Flemson’s life and now every weekend he offers people free hugs outside raves, hoping that the marginal human contact will make it less likely that he’ll cry himself to sleep or shoot up a school.

“Fridays and Saturdays I usually play video games at home until about 2am and then I head out and try to catch the crowds leaving the raves,” added Flemson, who attends the arrives usually dressed in his favourite Eeyore onesie.“Everyone loves the Eeyore. It’s got these flappy ears and a big tail that people love to play with at the end of the night.”

“Sometimes they just start nuzzling against my soft purple body. But, the thing is, I didn’t pick Eeyore to be cute. He’s this downtrodden, sad being. I picked him because he’s me.”