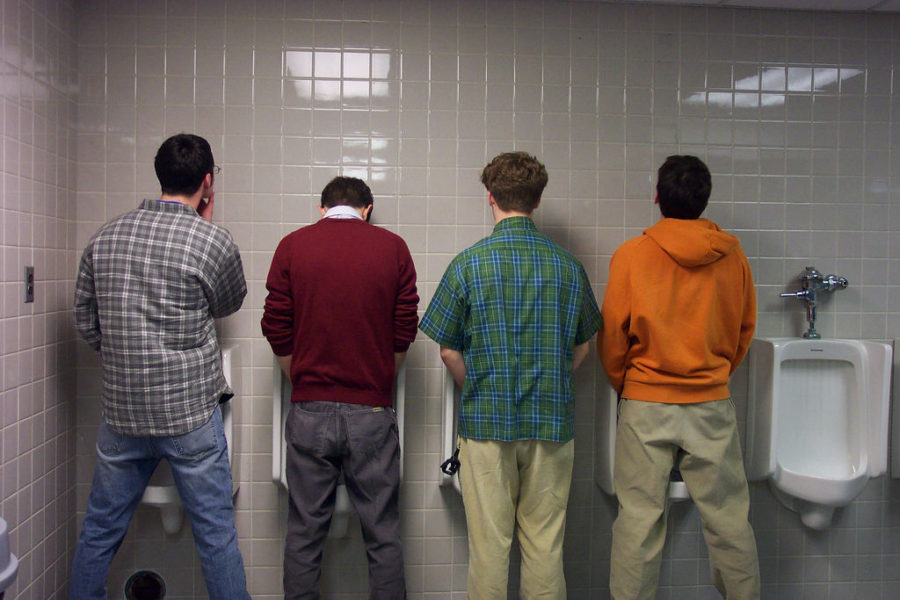 Man With “University Of Life” On CV Still Unemployed

A man standing at a urinal and pissing out of a ten inch dick has been left angered and outraged after the person next to him assumed his gender.

Andrew “Big Andy” Bingham, claims that he nearly “punched the head off” his fellow bathroom user after he nonchalantly passed assumption on his gender.

“We was just standing there, in the men’s toilets and this person pissing beside me looks down at my flute and goes ‘Jesus you’re a big fella’ I couldn’t believe it, I almost pissed all over my legs with the shock,” explained Big Andy earlier today. “You don’t walk into a men’s toilet and just start assuming gender. What planet is that creep living on.”

“And before you say it’s probably a homophobic thing because I didn’t want him looking at my prick, just stop, I’m trysexual, as in I’ll try anything, so that’s not the case,” confirmed big Andy. “I’m actually really upset by this. I’m going to write a really long post on Facebook about it when I get home and the only way I’ll feel better about the whole situation is if that post gets more than two hundred likes.”

Reports indicate that Mr Bingham had his ego caressed better by the loving hands of Facebook likes later that evening, with his online friends concurring that he was “very brave” for standing up to the man in the bathroom who was “the worst”.