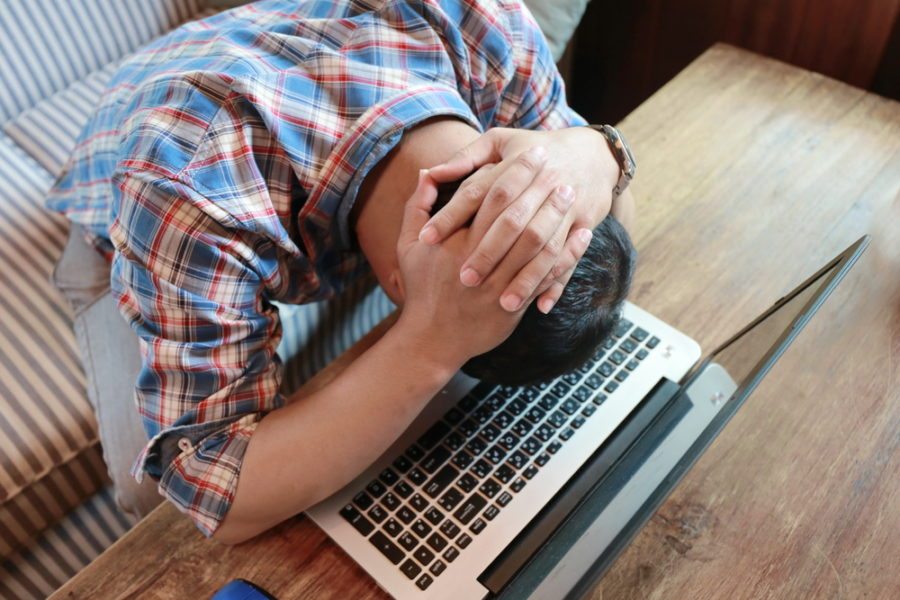 A man who turned his laptop’s screen brightness “all the way down” in an attempt to find drugs on the dark web has been left confused and drugless.

Barry Mason, a half-wit from some shit hole up North, claims he is “all out of ideas” when it comes to finding drugs on the dark web and will most likely just “head down the park” to get what he needs.

“Hey up, what’s all that dark web nonsense about then?” he asked inquisitively. “I’m at my bloody wits’ end with it. At this point, I’m starting to think people were just winding me up and it doesn’t even exist. I Googled the Silk Road the other day and all I got was some rubbish about lads bringing curry and tracksuits to the UK hundreds of years ago.”

“I’ve literally tried everything to find drugs on the dark web,” continued Mason, known in local circles as a daft bastard. “I’ve tried using the internet with all of the lights off, in a room with a blackout curtain, with a blanket pulled over the laptop, with sunglasses on, with a blindfold on and now with the brightness turned all the way down but I just can’t see what I’m doing and never find anything.”

“All I want is some cheap meow meow and a bit of Ket from China,” explained Mason. “It’s not like I’m looking to buy kilos of coke from Colombia and start a drugs empire so I’m not even sure if it’s worth the hassle when I can just nip down the park or up the flats and get the same stuff. It’s only a little bit more expensive but does come with the possibility of getting stabbed.”

“I’m going to give it one last shot, I’ve arranged to borrow my friends fancy laptop, it’s got a voice command thingy on it, so if I can make it dark and then speak to it, I might be able to find my way around. If that doesn’t work. I give up.”

According to reports, Mr Mason’s attempts to communicate with the laptop using voice controls failed after the computer claimed that he was “far too northern” to understand.