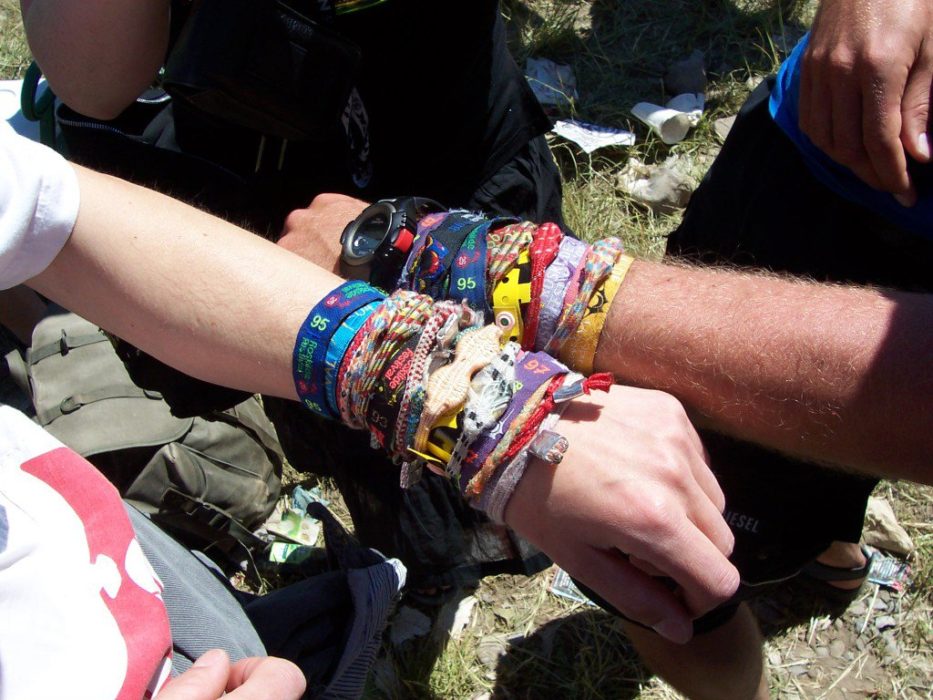 A veterinarian, who had been wearing a collection of over fifty festival wristbands, has tragically lost his arm in a bizarre occupational accident.

Martin Gardner (32), who had been wearing his collection of wristbands from the music festivals he has visited, lost his arm below the elbow during a standard artificial insemination procedure, in which a number of his wristbands became entangled in a horse’s vagina.

The forlorn vet, who specialises in equine gynecology, spoke about the harrowing incident, “I’ve carried out AI (artificial insemination) procedures hundreds of times and the only worry I ever had was how much I enjoyed it. Other than that, my wristbands have never caused me any hassle.”

“I wear these really thick rubber gloves that go all the way up to my shoulders so usually neither my arm nor my wristbands come into contact with the horse’s vagina at all,” he insisted.

“But this mare was different, she was incredibly frisky and by the time I had my arm fully inside her she started to buck like crazy. I guess this caused the glove to come loose and as I pulled my arm out the bands must have become completely entangled in her vagina,” he assumed.

“The horse went totally berserk, I tried to pull my arm out but it was completely trapped, the harder I pulled the crazier she went,” he painfully recounted. “The pain was so intense, I knew the only thing to make it stop was to administer a large dose of medical horse tranquilizer ketamine, to myself. After that I can’t really remember much else until I woke up in a hospital bed with one and a half arms.”

Paramedics battled for over two hours to try and save Mr. Gardner’s arm but by the time they had freed him from the horse there was little left but an unrecognisable pile of mangled flesh, bone and a macabre collection of brightly coloured festival wristbands.

Jason Lennox, a friend of Mr. Gardner, spoke about how the incident has affected his friend’s life, “He probably won’t tell you this himself but I think he’s more disappointed about losing the wristbands than he is about losing the arm, he’s been collecting them for nearly fifteen years. He’ll get a big insurance pay off and he won’t have to stick his arm up horses fannies for a living any more. Who wants to do that?” he asked jokingly.

“He wanted to be a doctor, he probably should have paid more attention in college rather than going to all those music festivals!” he added.

“The biggest problem Martin faces now is that he doesn’t look like a cool, faux-hippy, festival hopper. I mean he’s a vet so he’s always looked like a vet but without the wristbands people won’t see the wristbands, instantly think he’s cool and want to talk inanely about whether Burning Man is as good as people think it is.”

“I’m just worried that without all of the attention he got from his wristbands that he’s going to do something really stupid out of desperation like have ‘HATE’ tattooed on his knuckles or dye his hair bright red,” he concernedly concluded.