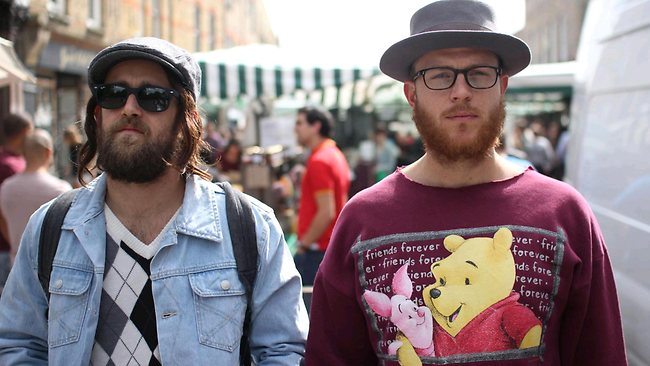 The Hipster High Council of England have announced that they are set to stage a mass protest at a Wunderground event happening in Shoreditch, London, later this month.

Senior hipster officials have claimed that up to ten thousand hipsters could descend on McQueen Shoreditch for the Wunderground Summer Takeover with Man Without A Clue on Saturday 20 August.

Wunderground managed to speak to hipster activist Francis Summers, “Hipster branches from all over the UK are coming together for our planned protest at the Wunderground event in McQueen next weekend. This could be the biggest gathering of hipsters since the first time someone added cucumber to a gin and tonic and served it out of a jam jar. It’s an exciting time for hipsters all over Britain.”

“We really don’t like Wunderground because they take the piss and stuff,” continued the bearded wally. “They say our clothes, beards, moustaches, sheep like behaviour and general all round vibe are stupid, but they’re the ones that are stupid because they’re mean and everyone knows mean people are morons.”

“Being a hipster protest we’ll be doing things slightly different to your normal run of the mill protest,” explained Mr Summers. “Instead of having messages written on placards we’ll be writing tiny messages on match sticks and then dropping those match sticks out of a drone so they’ll go all over Shoreditch and everyone can light their rollies with matches that say things like ‘Fuck Wunderground’ or ‘Wunderground is Gay’ on them.”

“We’re also having a Alphabeti Spaghetti stand at the protest, where people will be able to buy bowls of Alphabeti Spaghetti for £7.99 and use the letters they get to spell out their hate messages to Wunderground. It’s going to be such a fun day out.”

If you would like to either party with Wunderground, McQueen and Man without A Clue, protest against Wunderground or stand around laughing at a large group of floppy haired hipster freaks check out the event info here.